25 years since the Beijing Platform for Action flagged 12 areas of critical concern, these WHRDs are fighting to advance our human rights and to ensure these rights are protected: 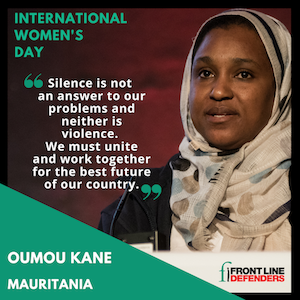 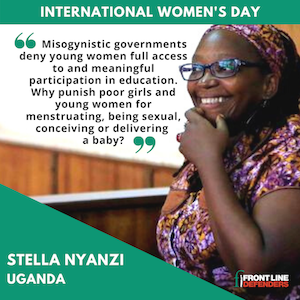 2. Education and training of women
Dr. Stella Nyanzi is a leading academic who campaigns for the rights of #Uganda women, youth, and #LGBTI+ people. Dr. Nyanzi has been arrested and detained twice for her activism. 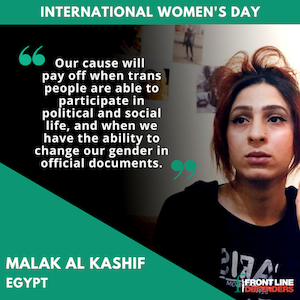 3. Women and health
Malak Al-Kashif was detained in Torah men's prison for her peaceful human rights work & denied medical treatment when she was unable to obtain official papers reflecting her gender. Generation equality must mean equality for all women. 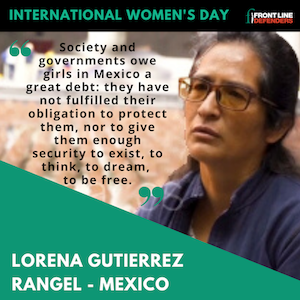 4. Violence against women
Lorena Gutierrez Rangel campaigns against femicide in Mexico. Her daughter Fatima Varinia Quintana Gutiérrez was killed in 2015 in Lerma Municipality. Nearly 4000 women were killed in the country in 2019. 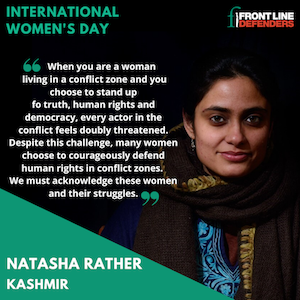 5. Women and armed conflict
Natasha Rather's organisation, Jammu Kashmir Coalition of Civil Society, investigates & raises awareness on human rights violations in these provinces and campaigns for the rights of citizens to self-determination. 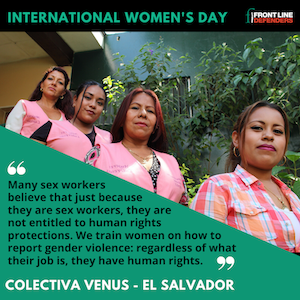 6. Women and the economy
The Colectiva Venus campaign for equal rights for sex work in El Salvador. Sex worker rights are human rights. 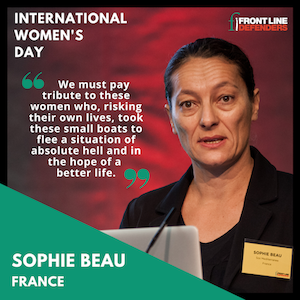 7. Women in power and decision-making
Sophie Beau is co-founder of the SOS Mediterranean Sea Rescue Civil Association, and has directed social & humanitarian programs for 20 years. SOS was founded in response to the deaths in the Mediterranean. 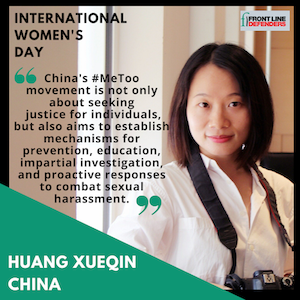 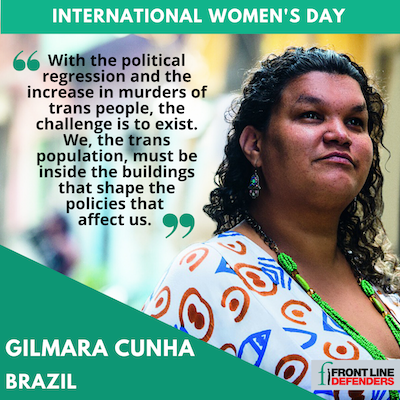 9. Human rights of women
The average life expectancy of a transwoman in Brazil is 35 years old. Gilmara Cunha is the founder of Conexão G, advocating for the rights, health, education & security for LGBTI+ people living in favelas. 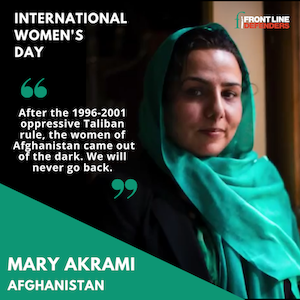 9. Human rights of women
Mary Akrami is the director of the Afghan Women Skills Development Center, which opened the first women’s shelter in Kabul. Under her leadership some of the women there have denounced their abusers publicly, something almost unheard of before. 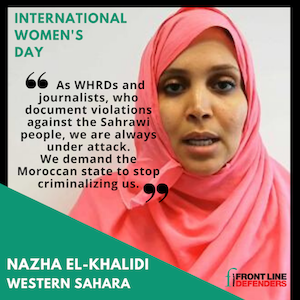 10. Women and the media
Nazha El Khalidi is a journalist who has been detained & fined for her work with Equipe Media, a Western Sahara-based media outlet documenting human rights violations committed by Moroccan authorities against the Sahrawi people. 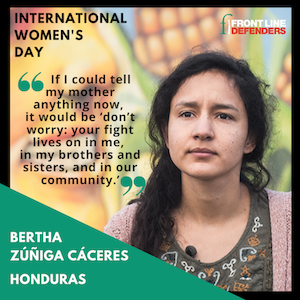 11. Women and the environment
Bertha Zúñiga Cáceres is coordinator of COPINH HONDURAS, working to protect the rights & environment of the Lenca people. She took over the position after her mother, prominent WHRD Berta Cáceres, was murdered in 2016. 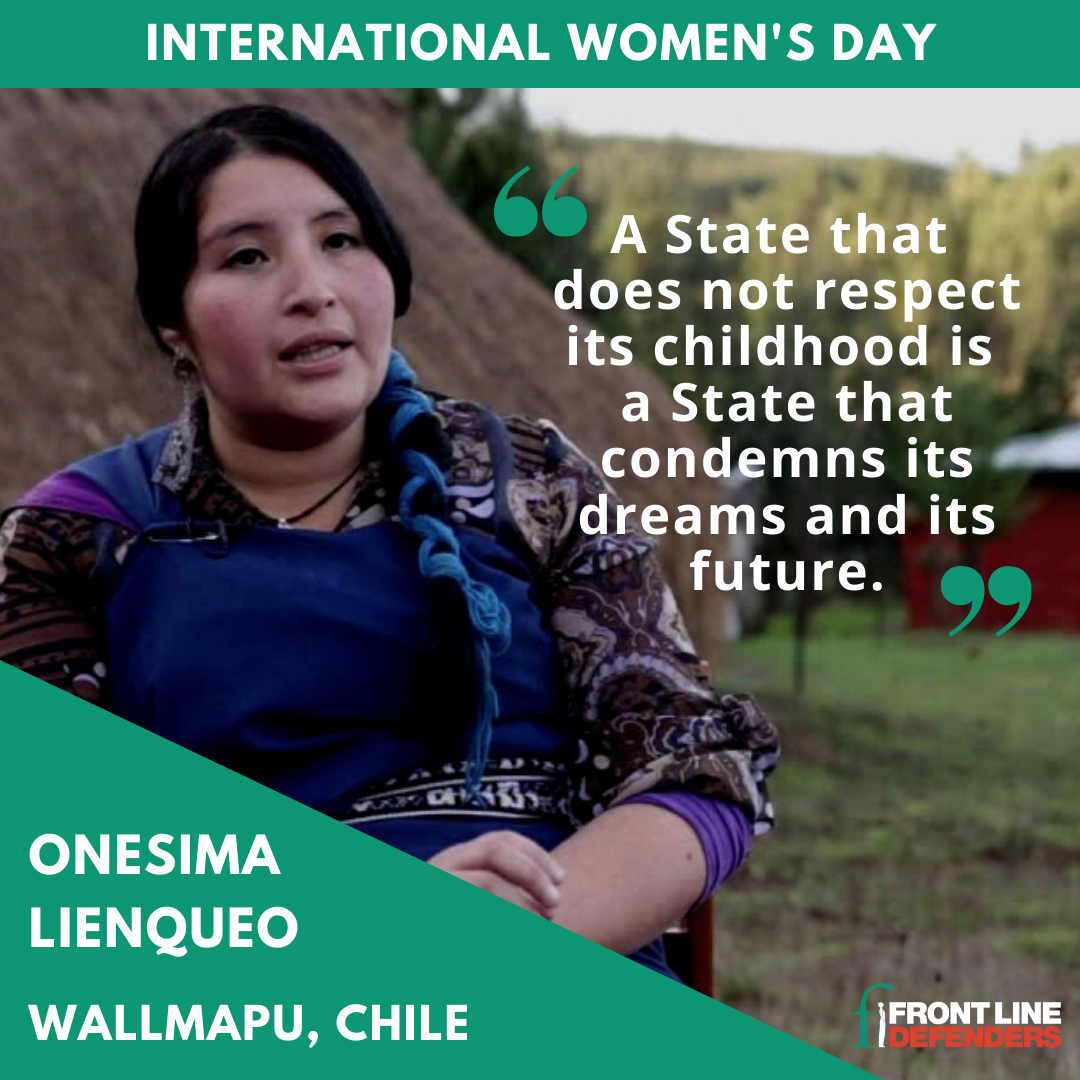 12. The girl child
Onesima Riquelme Lienqueo is a defender of Mapuche childhood and children of Wallmapu, Chile. She is spokesperson for Red por la Infancia Mapuche, and has experienced increasing levels of police harassment for her work.