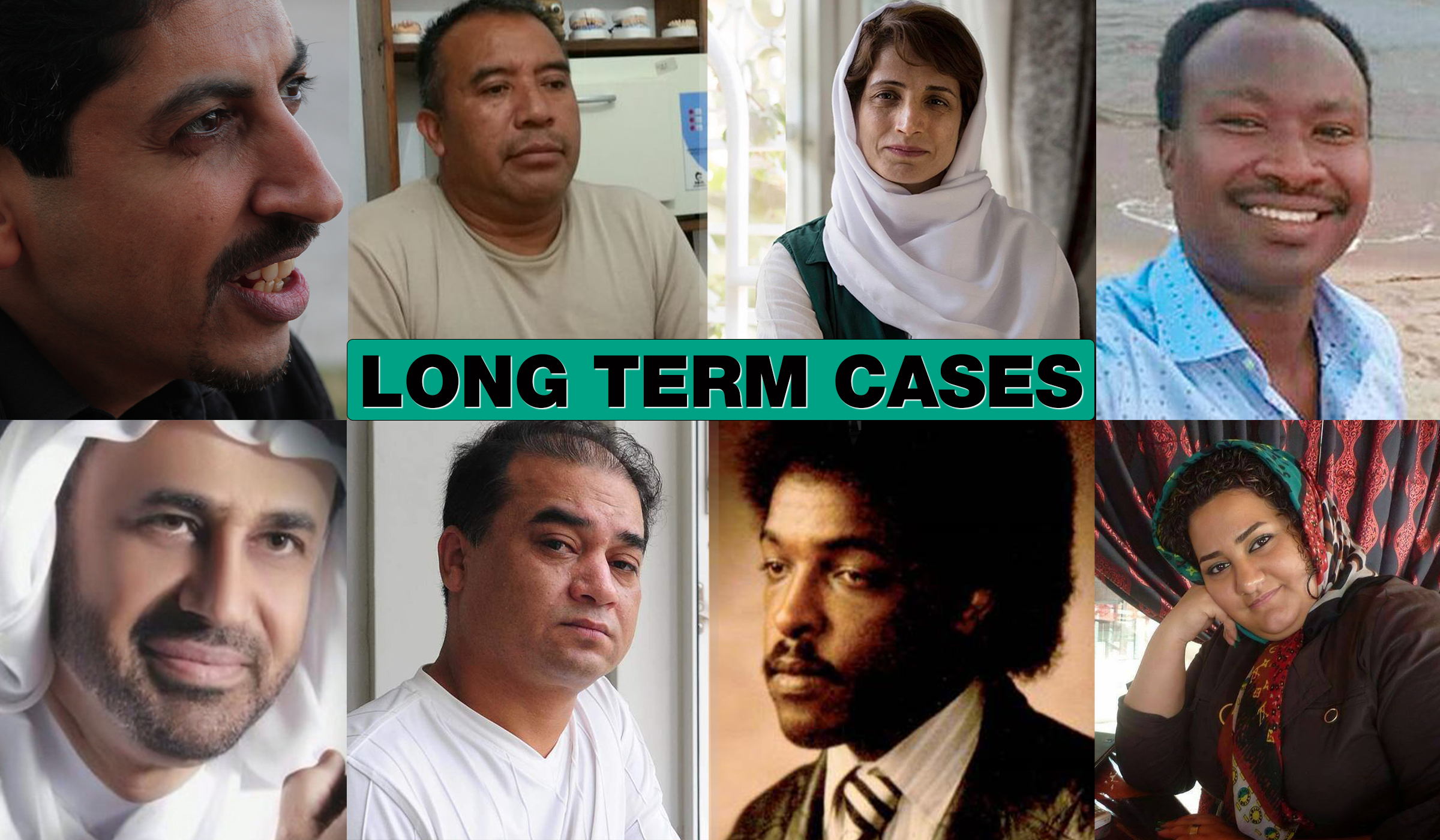 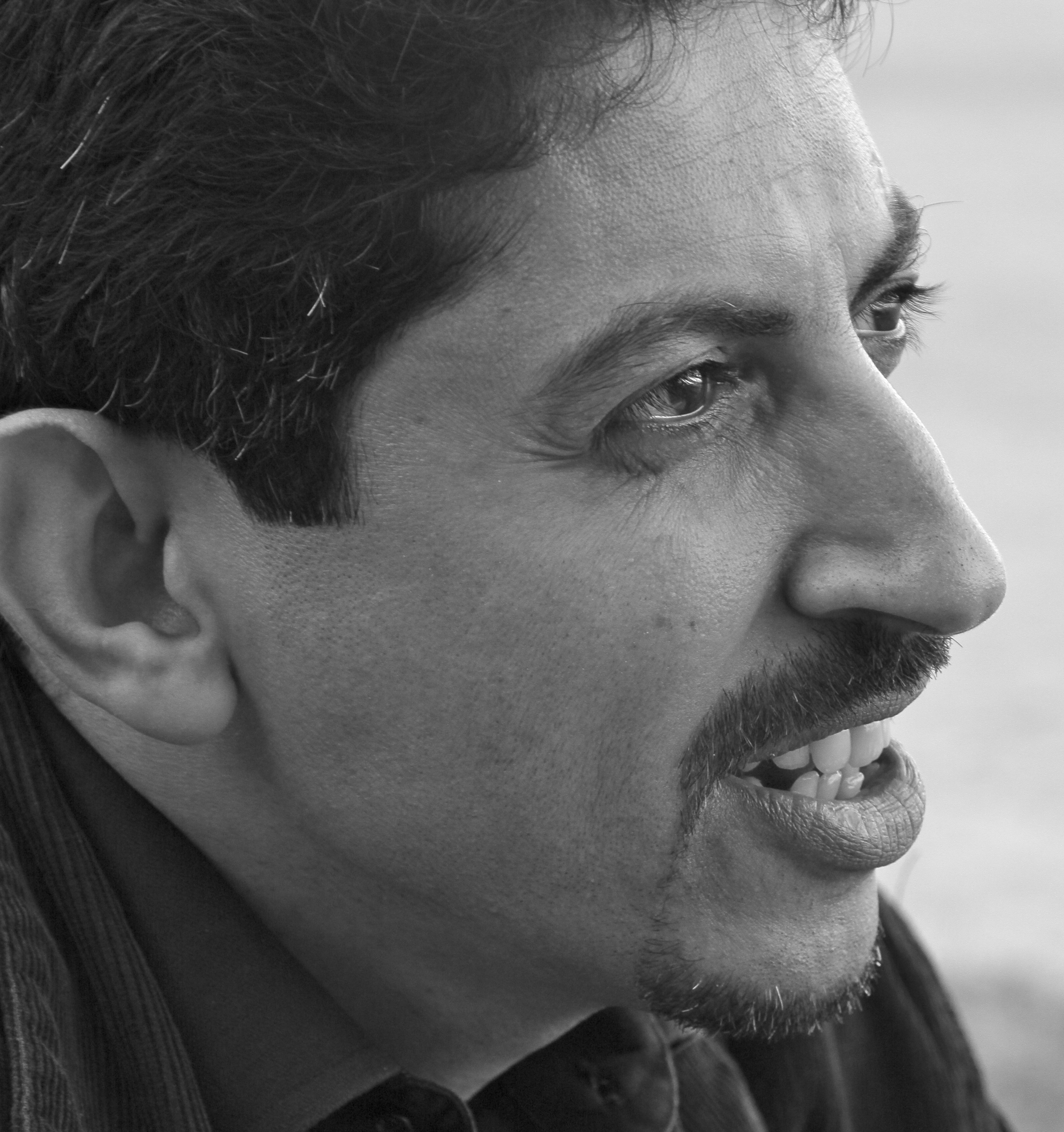 In February 2011 protests and demonstrations broke out across Bahrain calling for greater political freedoms. As part of the government’s crackdown on these protests, opposition leaders and leading human rights defenders, including Al-Khawaja were arrested. On 9 April 2011, up to twenty armed and masked policemen broke into the Al-Khawaja family home in the middle of the night, dragged Al-Khawaja down the stairs even though he agreed to go peacefully, and extensively beat him, including repeatedly kicking his head.

31 year old anti-death penalty activist, and women and children’s rights defender Daemi has been in prison in Iran since November 2016. She was first arrested in October 2014, and charged with “propaganda against the regime”, “collusion against the regime” on the basis of holding demonstrations in support of the children of Kobane in Syria, opposition to the execution of Reyhaneh Jabbari (hanged for murdering in self-defence the man who raped her), “insulting the Supreme Leader of Iran”, and “blasphemy” in connection with listening to Iranian rapper Shahin Najafi’s protest songs. She was denied access to a lawyer during her entire time in detention, even though she was repeatedly interrogated, and in May 2015, a Revolutionary Court sentenced her to 14 years in prison after an unfair trial lasting only 15 minutes.

At the time of his arrest human rights defender Rukuki was working for AJCB, (Association of Catholic Jurists of Burundi) having previously worked for ACAT-Burundi (Action by Christians for the Abolition of Torture). ACAT-Burundi was suspended by the government in November 2015, as part of a major clampdown on civil society organisations. In July 2017, Germain was arrested without a warrant and held by the SNR (National Intelligence Service) before being transferred to Ngozi Prison in July 2017, where he has been held ever since. Rukuki was charged with “having participated in the killing of soldiers, police and civilians,” “carrying out an attack with the goal of changing the constitutional system,” “inciting citizens to arm themselves against the authority of the state,” “the destruction of public and private buildings,” “resistance to a ministerial order,” as well as having directly participated in “the erection of barricades, trenches or other structures designed to impede or halt the exercise of law enforcement”. He was also charged with having received funds from foreign organisations “which are likely to undermine the loyalty that citizens owe to the state and institutions of Burundi”. In July 2019, an appeal court confirmed Rukuki’s conviction, but in June 2020, the Supreme Court set aside the appeal court’s decision and ordered that the appeal should be heard again.

A renowned Uyghur intellectual and human rights defender, Ilham was an economist at Central University for Nationalities in Beijing prior to his arrest in 2014. He worked for over two decades to build understanding between Chinese Han and Uyghurs. In 2006, Ilham set up the Uyghur Online website to criticise government policy which discriminated against Uyghurs and promote better Uyghur-Han relations. When violence erupted in Xinjiang in 2009, he posted information about Uyghurs who had been detained, killed, or disappeared during and after protest activities. The website was shut down and Ilham was detained for several weeks. In January 2014, following a raid on his home by over 20 police officers, Ilham was detained yet again and one month later this detention was upgraded to formal arrest on charges of “separatism” despite the defender’s extensive work. In September 2014, Ilham was sentenced to life imprisonment and began serving this sentence in No.1 Prison in Urumqi, Xinjiang’s capital city. In 2019, Ilham was announced as the EU Parliament’s 2019 Sakharov Prize for Freedom of Thought. 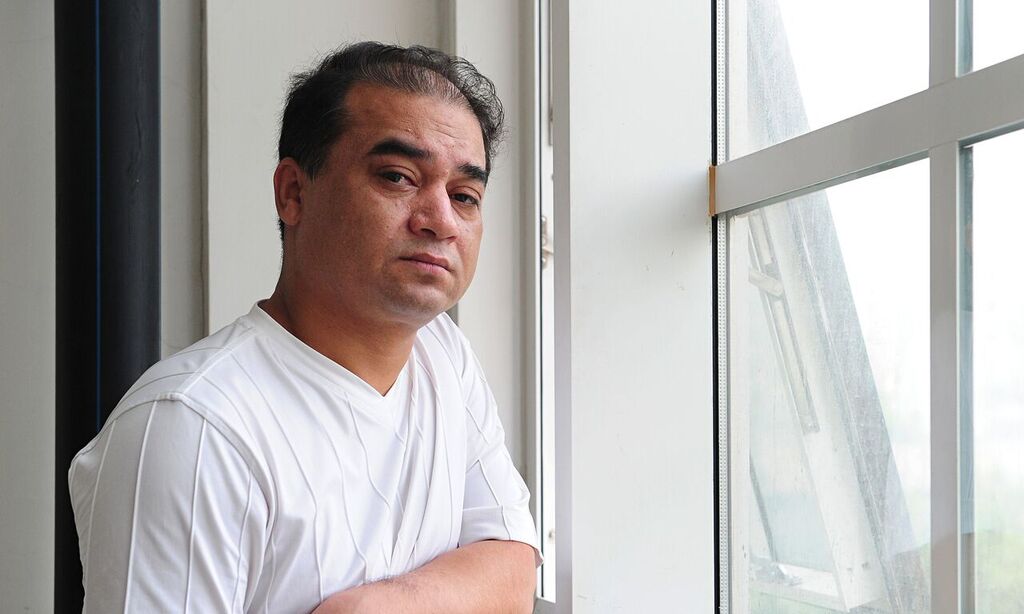 A Swedish-Eritrean journalist and human rights defender, Isaak has been held incommunicado, without charge or trial, in Eritrea since 2001. His whereabouts are unconfirmed, but it is believed that since 2008 he has been held in the maximum-security Eiraeiro prison, outside the capital, Asmara. In 1993 Issak returned to his native Eritrea when the country finally gained its independence and helped launch Setit, the first independent newspaper in Eritrea. He was an outspoken critic of authoritarian rule in the country following independence. In 2001, a group of politicians known as the “G15” published a series of open letters in which they criticised President Isaias Afwerki and called for democratic reforms. Issak reported on these letters in his newspaper. The government response was immediate. Isaak was arrested along with ten other journalists, and eight independent newspapers were shut down. To this day, Issak and at least five other print journalists, as well as all of the politicians, remain detained incommunicado without charge or trial. He has had no contact with relatives, no access to Swedish consular officials, and no recourse to a lawyer.

It is not known if Issak is still alive; the last ‘proof of life’ was in 2010, when a former prison guard reported that he was being kept in conditions exposed to ‘terrible heat’. In 2003, Issak was awarded the Reporters Without Borders Freedom of the Press Prize, in 2011 he received the Golden Pen of Freedom Award from the World Association of Newspapers and in 2017, he received the 2017 UNESCO / Guillermo Cano World Press Freedom Prize.

An environmental rights defender and Zapoteco indigenous leader, López Alavéz has been arbitrarily imprisoned for more than 10 years in the state of Oaxaca, Mexico. For two decades, López Alavéz worked to ensure that the San Isidro Aloapam community’s rights to a safe environment and access to water were guarded and guaranteed. Prior to his detention, the defender exercised a number of community leadership roles, reported on the illegal logging of trees and raised awareness on environmental protection and sustainability. As a direct consequence of this human rights works, he made many powerful enemies of the illegal loggers and has faced many criminal accusations. In 2000, he was convicted of attacking public roads, but an appeal court later overturned the verdict. In August 2010, he was arbitrarily and violently detained by a group of more than 15 unidentified men wearing hoods and taken to a prison in Etla, Oaxaca. López Alavéz was tried and convicted of shooting and killing two men from San Miguel Aloápam in 2007. The judge sentenced him to 30 years in prison despite López Alavéz testifying and presenting proof that he was elsewhere at the time and day of the shooting and the many inconsistencies and contradictions in the witnesses' testimony. The UN Working Group on Arbitrary Detention (WGAD) has recognised his detention as arbitrary and a retaliation for his environmental and indigenous peoples rights activism, and recommended his immediate release. 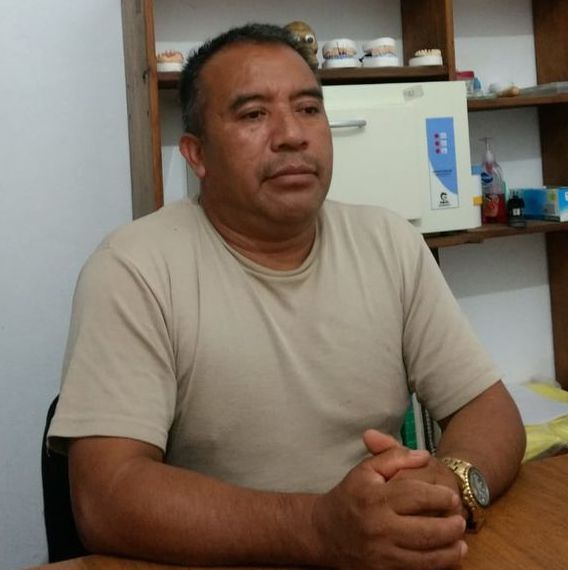 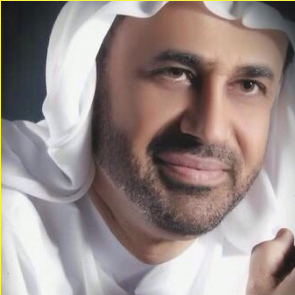 A leading human rights lawyer, Al-Roken has provided legal assistance to victims of human rights abuse in the UAE, including to fellow human rights defenders. He is a former president of the UAE’s Association of Jurists, holds a PhD in Constitutional Law from the UK’s University of Warwick and is a member of the International Bar Association. He has written several books on human rights, counter-terrorism laws and freedom of expression. He has also represented the UAE government at several legal conferences. In 2011 Al-Roken was one of 133 UAE citizens to sign an open letter to the government calling for more democratisation and asking that the UAE’s Federal National Council (FNC), an advisory body that reviews legislation, be fully elected rather than part elected and part appointed. In April 2011, five members of this group, including human rights defender Ahmed Mansoor, were arrested and tried. Mohamed Al-Roken was their lawyer. In July 2012, State Security personnel initiated a major round-up of human rights activists and critics of the government, including Al-Roken. He and the other members of the “UAE 94” were accused of plotting to overthrow the government. The trial of the ‘UAE 94’ was considered a turning point in the country’s history as it represented the most serious attempt to date to silence calls for democratic reform. The trial was grossly unfair and marred by a catalogue of human rights violations. The authorities denied defendants access to a lawyer while they were detained incommunicado awaiting trial. All were held in solitary confinement in secret detention facilities, some for up to a year; many told the judge they had been tortured; ‘confessions’ obtained after the use of torture or other ill-treatment were used in court as evidence of their 'guilt'.

A prominent human rights lawyer, Soutoudeh was arrested in June 2018 and charged with spying, spreading propaganda and insulting Iran’s supreme leader, charges based on her legal representation of opposition activists including women prosecuted for removing their mandatory headscarf. On 11 March 2019, she was sentenced to 33 years in prison and 148 lashes. As a result of a previous sentence of five years for “espionage in hiding” which was handed down to her in 2015, she is now due to serve 38 years in prison. Previously Sotoudeh was imprisoned in Iran from 2010 to 2013, after defending protesters who had been arrested during the 2009 demonstrations against the contested re-election of ex-president Mahmoud Ahmadinejad. Sotoudeh has also worked extensively with young prisoners sentenced to death for crimes they committed when they were under 18. Throughout 2020 she and her family have come under increasing pressure from the Iranian authorities, which include her bank accounts being frozen and her transfer from Evin prison to Qarchak prison, an institution known for its poor conditions. In November 2020 she was released on temporary furlough for health reasons, but was summoned back to prison on 2 December 2020. Sotouteh is the recipient of numerous human rights awards, including the EU Parliament’s Sahkarov Prize for Freedom of Thought (2012).