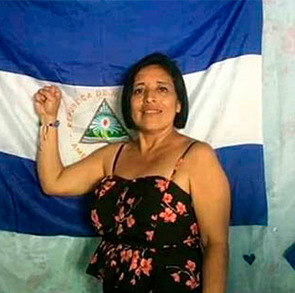 Woman human rights defender María Esperanza Sánchez García has participated in civic activism since 2018 when a wave of protests took place in Nicaragua in opposition to a number of social security reforms. She was part of the April 19 Movement in Matagalpa and then participated in both the April 19 Civic Movement, Matagalpa and the Blue and White National Unity Movement (UNAB) calling for the release of political prisoners and standing in opposition to the human rights abuses committed by the current administration.

The protests that started in April 2018 were some of the largest the country has seen in its recent history. The authorities response to these protests was brutal, with police and pro-government armed groups directly attacking demonstrators. The ensuing socio-political crisis continues to this day and it is estimated that more than 100,000 people were left with no choice but to leave the country out of fear of arrest and reprisal, including human rights defenders and journalists1.

As a direct result of her human rights activities María Esperanza Sánchez García has been persecuted, threatened and fired from several jobs. Since November 2019 she had been living in between different safe houses in a bid to protect her family from persecution due to her activism. Armed men had shown up at her house on a number of occasions in 2019 and threatening messages had been painted on the walls of her home.

On 26 January 2020, the woman human rights defender was arbitrarily detained at one of these safe houses and taken to El Chipote, a police station in Managua. Her family were not informed of her arrest and only learnt of her whereabouts in the following days.

“I realized my mum had been abducted on the afternoon of the 26th. I had been looking for her everywhere. We thought she had been killed and her body dumped somewhere. We were very worried” María Esperanza Sánchez García’s daughter Shirley remembers.

When her family were eventually informed of her arrest and allowed to see her in detention they noted that there were distinctive marks on her arms and legs, an indication that she had been tortured during her interrogation in a bid to force her to accept the charges against her. The woman human rights defender was charged with narco-trafficking offences, which she vehemently denies, and transferred to La Esperanza women’s prison located in Tipitapa, approximately twenty-five kilometres from the city of Managua. According to several different Nicaraguan human rights organisations, such criminal charges make up part of the Nicaraguan State’s strategy to criminalise activists, imprison them and deny that they are political prisoners.

Following a trial in May 2020 that was marred with irregularities, María Esperanza Sánchez García was found guilty of narco-trafficking and on 2 July 2020 she was sentenced to 10 years imprisonment and fined 31,000 thousand Córdobas (approximately US$ 900 at the time of writing).

According to reports, prison life at La Esperanza women’s prison is extremely difficult. Overcrowding, a lack of drinkable water, proper food, beds and medical treatment are ongoing issues. For María Esperanza Sánchez García, who suffers from existing chronic health issues, including high blood pressure, cardiac asthma and coronary thrombosis, these conditions are particularly worrisome. According to reports, throughout 2020 the woman human rights defender suffered a number of asthma attacks and at least one significant hypertension episode. She was repeatedly denied the right to receive adequate medical care and medications, as well as access to personal protective equipment to protect herself from Covid-19, even though her families provides these to the prison authorities.

Furthermore, while the conditions for regular inmates in La Esperanza are notoriously difficult, human rights defenders and activists are allegedly exposed to additional mistreatment by the prison guards and by other cellmates who are actively encouraged by the prison guards to insult, abuse and threaten the activist inmates. According to the Inter American Commission on Human Rights Resolution 82/2020 regarding the deprivation of liberty in Nicaragua, María Esperanza Sánchez García and another cellmate wrote a letter to the Directorate of the penitentiary centre, reporting the situation and holding an abusive cellmate responsible for any attack on their lives or personal integrity. In response, the prison authorities allegedly moved the aggressor to another cell; however, the attacks reportedly continued by other cellmates.

In June and July 2020, in a bid to decongest the Nicaraguan prison system in the midst of the global Covid-19 pandemic, over 6,000 inmates were released. However, only four of the at least 80 people held on politically motivated charges were among those to be freed. It is clear that prisons in Nicaragua are being used by the government to silence those who think differently and speak out in opposition. 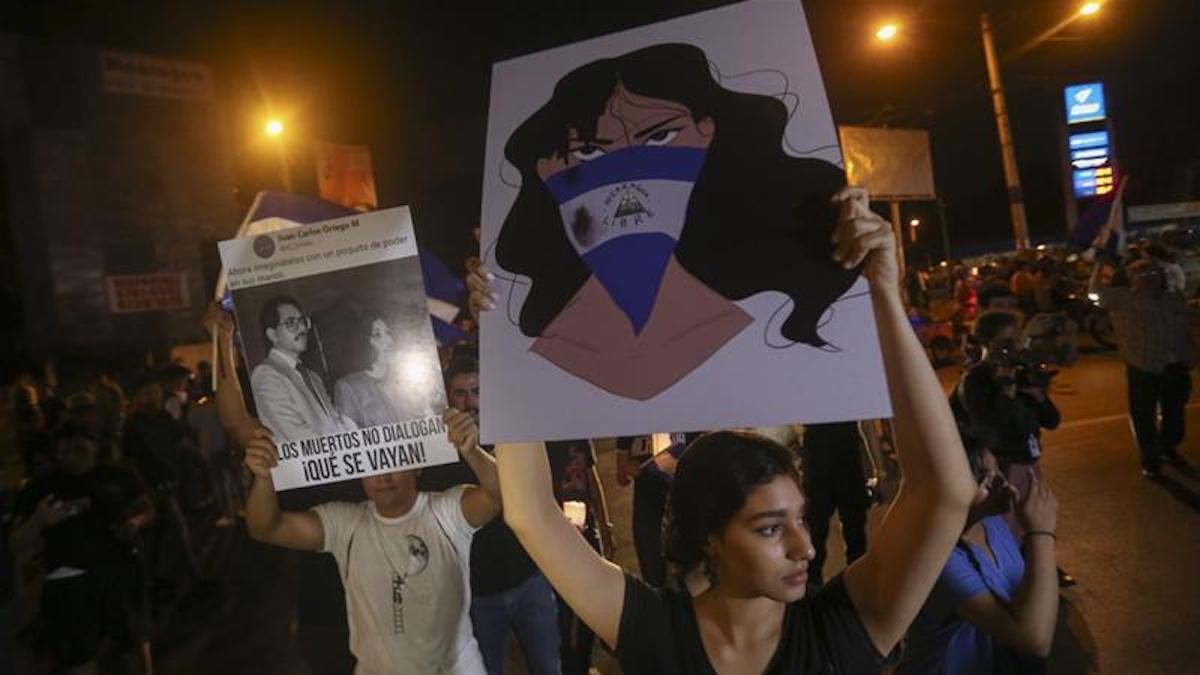 Local human rights defenders are facing smear campaigns led by public officials, death threats, attacks and judicial harassment. Women human rights defenders working to advance sexual and reproductive rights as well as combating violence against women and girls have been particularly targeted by pro-government forces, as the feminist movement remains one of the most well organised networks pressing not only for women's human rights but also against corruption and authoritarianism.