On October 30th, Danish-Bahraini human rights activist Abdulhadi Al-Khawaja received the ‘World without Torture’ award in recognition of his struggle for human rights and democracy in Bahrain.

The Freedom Award is an acknowledgment begun by Freedom House in 1943 to extol recipients’ invaluable contribution to the cause of freedom and democracy.

If I die, I ask the people to continue on path of peaceful resistance. I don't want anybody to be hurt in my name.

Former Middle East and North Africa (MENA) Protection Coordinator for Front Line Defenders, former President of the Bahrain Centre for Human Rights (BCHR) and co-founder of Gulf Centre for Human Rights (GCHR), Abdulhadi Al-Khawaja has a long history of working to promote human rights in the MENA region and championing the protection of human rights defenders at risk.

In February 2011 protests and demonstrations broke out across Bahrain calling for greater political freedoms. As part of the government’s crackdown on these protests, opposition leaders and leading human rights defenders, including Abdulhadi Al-Khawaja were arrested.

On 9 April 2011, up to twenty armed and masked policemen broke into the Al-Khawaja family home in the middle of the night, dragged Abdulhadi Al-Khawaja down the stairs even though he agreed to go peacefully, and extensively beat him, including repeatedly kicking his head. Following his arrest he required a 4 hour surgery on his face and jaw, injuries that continue to cause him pain 10 years on.

On 22 June 2011, Abdulhadi Al-Khawaja was sentenced to life imprisonment on charges of “organising and managing a terrorist organisation”, “attempts to overthrow the government by force and in liaison with a terrorist organisation working for a foreign country” and the “collection of money for a terrorist group”. All of these charges were filed based on emergency legislation that the government of Bahrain introduced during the wave of protests earlier in the year, and no credible evidence was presented to support any of the charges. Furthermore, the Bahrain Independent Commission of Inquiry (BICI) report, published in November 2011 at the request of the King of Bahrain, subsequently and conclusively ruled out any foreign involvement in the pro-democracy protests.

In April/May 2012, the UN Working Group on Arbitrary Detention (WGAD) issued Opinion No. 6/2012, indicating that the defender’s arrest was arbitrary as it resulted from his exercise of the rights to freedom of expression, association and peaceful assembly, and that the “adequate remedy would be immediate release and enforceable right to compensation”. The opinion also acknowledged that the human rights defender had been “severely beaten several times throughout his detention … [and that he] received death threats from the prison guards and experienced attempted rape by security forces trying to coerce an apology. When he [Abdulhadi Al-Khawaja] reported this to the tribunal on 16 May 2011, he was beaten and left outside with his head covered with a sack. Following his sentencing, Mr. Alkhawaja was again badly beaten for stating his commitment to “peaceful resistance”, and this beating resulted in additional hospitalization. Mr. Alkhawaja has not fully recovered from this physical mistreatment, and it is questionable whether he ever will.”

Today, more than 10 years on from his brutal arrest and 9 years after the WGAD opinion, Abdulhadi Al-Khawaja remains behind bars in Jau prison in Bahrain. In a January 2021 phone call, the human rights defender listed four concerns including that prison authorities had placed restrictions on his phone calls with family (that have replaced their in-person visits) and had confiscated hundreds of his books and other materials. The defender continues to suffer from chronic pain as a result of the mistreatment he endured in the early days of his detention, and requires additional medical intervention as his facial bone structure remains permanently damaged. Prison authorities continue to arbitrarily deny him adequate healthcare and refuse to refer him to specialists for the surgeries he requires. Denying a prisoner needed medical care violates the United Nations Standard Minimum Rules for the Treatment of Prisoners, known as the Nelson Mandela Rules.

Since the early days of his imprisonment, human rights groups around the world have repeatedly called for his release, with numerous protests taking place across Europe and the MENA region in support of the prominent human rights defender. Despite the international solidarity his case has received, Bahraini authorities have been unmoved to grant his release.

In December 2019, to mark the country’s National Day, King Hamad bin Isa Al Khalifa issued a decree to release 269 prisoners and grant alternative sentencing to an additional 530 inmates. In March 2020, at the start of the Covid-19 pandemic, Bahrain released a further 1,486 prisoners, 901 of whom received royal pardons on “humanitarian grounds.” However, Abdulhadi Al-Khawaja and other prominent human rights defenders - many of whom are older or suffer from underlying medical conditions - were not among those released.

On 11 March 2021, the European Parliament voted overwhelmingly in a plenary session to adopt a resolution condemning human rights abuses in Bahrain, including the persecution of human rights defenders, lawyers and other civil society figures, while calling on Bahrain’s government to enact reforms. The EP resolution specifically calls for the “immediate and unconditional release of Abdulhadi Al-Khawaja” and others who have been detained and sentenced for “merely exercising their right to freedom of expression”.

In recognition of his struggle for human rights and democracy in Bahrain and across the MENA region, Abdulhadi Al-Khawaja has been awarded the 2012 Freedom Award, the 2012 Politikens Frihedspris [Freedom Prize], and the 2013 Dignity - World Without Torture Award.

On 5 April 2021, Abdulhadi Al-Khawaja celebrated his 60th birthday and 4 days later, on 9 April 2021, he marked another anniversary date. That of 10 years in detention in Bahrain. Front Line Defenders together with family, friends and colleagues created this birthday tribute video to send a message of hope, encouragement and appreciation to Al-Khawaja, and to reiterate our call for his immediate and unconditional release. 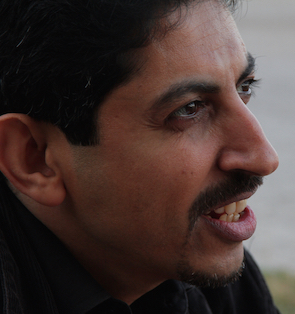 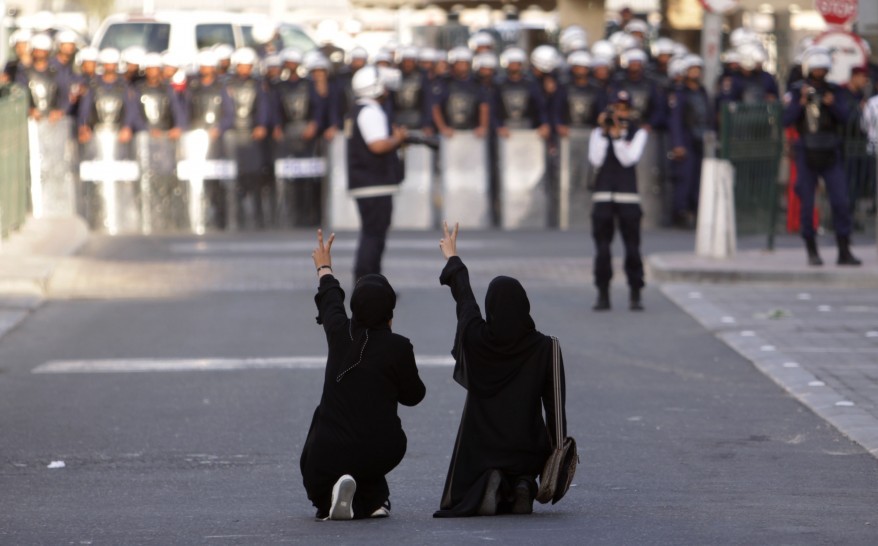 In 2011 Bahrainis initiated protests, as part of what became known as the 'Arab Spring', aimed at promoting reforms in the country and demanding full rights for all citizens. Human rights defenders, medical workers, journalists and others were rounded up in the crackdown that followed, with many ultimately facing trials on trumped up charges and imprisonment.