About Miguel Guimaraes
Status:
Death threats
About the situation 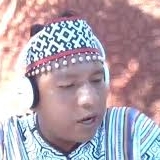 Miguel Guimaraes is an indigenous Shipibo leader and environmental human rights defender, from the Flor de Ucayali community, and currently President of the Federation of Native Communities of Ucayali and Tributaries (FECONAU), one of the oldest indigenous federations of the Peruvian Amazon, which comprises of more than 30 Indigenous communities. The Federation advocates for the recognition of indigenous peoples’ rights, self-determination and the protection of their ancestral territories. FECONAU has been at the forefront of the struggle for indigenous rights in the Peruvian Amazon, particularly in the emblematic case of Santa Clara de Uchunya. Since 2013, the community has been resisting invasion and deforestation of their ancestral lands by palm oil companies and land traffickers, enabled by the State’s failure to fully title their territory and the difficulties faced by indigenous peoples in accessing justice and redress through Peruvian State mechanisms.

On 14 October 2020, Guimaraes received a death threat from unknown individuals via a WhatsApp message. The threatening message included a graphic image of a dismembered person with a message that read, “We’re coming for you whatever it takes, bastard.”

On 6 October 2020, defenders from indigenous communities and FECONAU provided testimonies during the IACHR hearing, denouncing the links between State corruption and attacks and killings of Amazonian rights defenders. The four Indigenous communities of the Peruvian Amazon represented at the hearing denounced the killing of 11 indigenous defenders since 2013, murdered for defending their territories. The participating indigenous organisations emphasised a long history of structural impunity and corruption, facilitating the perpetuation of organised crime in indigenous territories and resulting in systemic human rights violations against indigenous communities and their leaders, with the acquiescence and complicity of the State. Indigenous leaders involved in the event received written threats in the days both leading up to and following the IACHR hearing.

The death threat received by Guimaraes is only the latest in a series of threats and attacks against members of FECONAU, unfortunately forming part of an ongoing and increasing trend. Front Line defenders has previously reported on threats and attacks against its members. According to FECONAU, the current threats come in retaliation against several advocacy and territorial defence actions FECONAU has carried out against the expansion of agribusiness, land trafficking, illegal logging, and narcotics production in several communities belonging to the Federation. This is also not the first time Guimaraes himself has been targeted with threats. In 2018, while holding a secretary position in the Flor de Ucayali community, Guimaraes received death threats from unidentified individuals potentially linked to drug trafficking in the region.

Violence has claimed the lives of at least half a dozen indigenous leaders and land defenders since Peru went into lockdown in mid-March 2020 due to COVID-19. These include, for instance, the torture and murder in May 2020 of Gonzalo Pío Flores, who had previously denounced receiving threats to his life. Gonzalo’s father Mauro Pío was killed with impunity in 2013. Land grabbing, aggressive expansion of logging and illicit coca cultivation for drug trafficking have increased significantly since March, affecting indigenous peoples’ territories and leading to ever increasing risks to land, indigenous and environmental rights defenders. In August and September 2020, FECONAU documented and publicly denounced deforestation and the expansion of illicit coca production in Guimaraes’ home community of Flor de Ucayali, calling on the Peruvian authorities to act. Despite an intervention by an Ucayali environmental prosecutor and FECONAU’s advocacy efforts, the State has failed to provide an adequate response to this dangerous situation, putting the community and their leaders at greater risk.

However the pandemic has only exacerbated existing trends. On 11 December 2017, human rights defender Carlos Hoyos Soria and other members of the Santa Clara de Uchunya community, FECONAU and the Institute for Legal Defense were shot at while surveying a deforested area in the community’s territory. One of the assailants was identified as a member of the security team of the palm oil company leading to the deforestation. On 5 January 2018, two armed individuals questioned and threatened the daughter-in-law of an elder community leader of Santa Clara de Uchunya community at his residence, stating that they were looking to kill community leaders and members. Some months later, in July 2018, Carlos Hoyos Soria was attacked again by three unknown assailants who opened fire against him and his brother. In June 2020, Saul Martinez Guimaraes, president of the Flor de Ucayali community’s territorial monitoring committee, received death threats after confiscating timber from illegal loggers.

Members of FECONAU carry out essential work, patrolling and monitoring their territories on a permanent basis without adequate governmental support. Despite denunciations, requests for personal security guarantees and the adoption in 2019 of a Protocol for the Protection of Human Rights Defenders, the Peruvian Government has failed to provide effective protection for indigenous human rights defenders. On the contrary, as previously highlighted by local and international groups, illegal economies – land trafficking, illegal logging, the expansion of agribusiness without communities consent, and narcotic production—are reportedly often found operating in collusion with Peruvian State representatives, including high level public officials.

Front Line Defenders is deeply concerned by the ongoing threats directed to members of FECONAU, as well as Peruvian Amazon defenders in general, expressing particular concern for the security and safety of environmental rights defender Miguel Guimaraes.