We, the undersigned organisations, are writing to express our grave concerns in relation to an intensification in violent threats and intimidation against the indigenous Shipibo community of Santa Clara de Uchunya, in the Ucayali region of the Peruvian Amazon. The current escalation in tension and increasing risks to the security of community leaders, as well as leaders of the indigenous organisation Federation of Native Communities of Ucayali (FECONAU), follows a court injunction[i] against the palm oil company Plantaciones de Pucallpa SAC (now operating as Ocho Sur P SAC), which is being investigated for land-grabbing and deforesting[ii] more than 7,000 hectares of the ancestral territory belonging to the community.

On the night of 5 January 2018, two armed and hooded persons arrived at the home of a community elder, whose house lies on the periphery of the village closest to the expanding plantations, where they questioned his daughter-in-law, who was alone at the house, whether she was a community member. When she denied this, they showed her a shotgun, telling her they were looking for the community leaders and any community members, because “we are ready to kill”.

Subsequently, on the night of 20 January, several hooded figures made an attempted attack against the same household.[iii]These incidents come only weeks after land invaders, believed to be associated with the palm oil operations, fired gunshots at a community delegation gathering evidence of the destruction of community forests,[iv] and several months after one community member, Huber Flores Rodríguez, was forced to seek refuge in Lima following direct death threats he received when working at his farm with his partner and child.[v] The chief of Santa Clara de Uchunya, Carlos Hoyos Soria, has summed up the dangers facing families in his community as "death threats, direct gunshots at point-blank range and constant harassment.”[vi]

Amidst this context of growing violence and aggressive land-trafficking, community members continue to suffer the effects of the dispossession and destruction of their forests and watercourses   with severe harmful impacts on their well-being, livelihoods and food security. The vulnerability and dangers are exacerbated by the failure of the competent authorities to legally title the ancestral territory of the community of Santa Clara de Uchunya, and failure to legally sanction land grabbers and armed groups.[vii]

Given this grave situation and major threats to the human rights and security of members of the community of Santa Clara de Uchunya, we support them in the following demands:

We conclude by repeating the question which the community of Santa Clara de Uchunya expressed during an Extraordinary Assembly held on 26 October 2017 [x]:

“Do we have to die before the State decides to resolve our problem?" 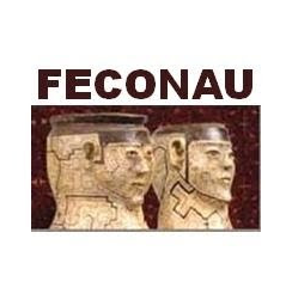