Non-violent protest under attack in Palestine and Israel

I returned last week from a visit to Palestine and Israel. Over six days my colleague and I met with brilliant, tenacious, creative and brave human rights defenders who work non-violently on behalf of others in the brutally occupied West Bank or in an increasingly hostile Israel. We were not allowed access to meet with beleaguered human rights defenders in Gaza.

The work of these human rights defenders has never been easy. Today, it seems like the very right to peaceful protest or even dissent are in question. This was my fourth visit and each time it gets harder to sustain optimism in the face a failed peace process and belligerent repression.A number of Palestinian citizens of Israel have recently been jailed for Facebook posts. We met in Haifa with Adalah, The Legal Centre for Arab Minority Rights In Israel, who say that over 400 Palestinians have been arrested for “incitement” linked to Facebook posts, including around 250 who are citizens of Israel. 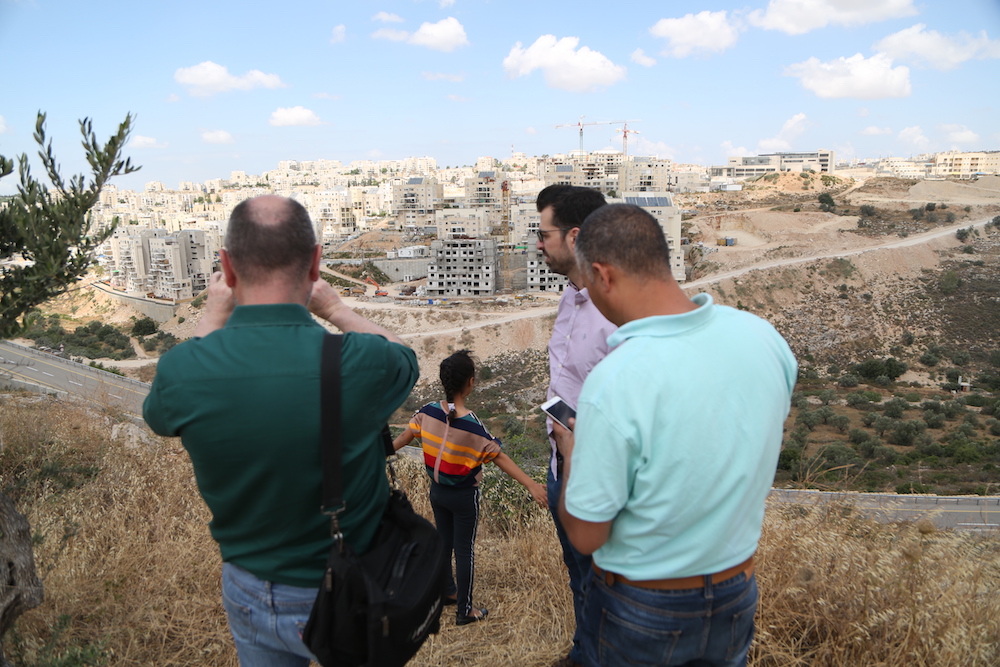 Israeli settlement next to Bil'in village.

The situation for human rights defenders in the Occupied Palestinian Territory continues to be extremely difficult as they face threats, beatings, harassment, arbitrary detention, administrative detention and fabricated criminal charges. What was striking on this visit was the concerted nature of the attacks on human rights defenders working in Israel. Israeli extremist groups and government ministers seem to work in concert with each other.

We had the privilege of meeting the gentle Mohammed Khatib who led the creative protests which eventually resulted in the re-routing of the wall so the villagers of Bil'in can still access their land. But the villagers now live in the shadow of a huge illegal Israeli settlement.

The redoubtable Issa Amro showed us around the claustrophobic and repressive confines of the restricted H2 area of Hebron, where he and others sustain the struggle for Palestinian rights in spite of repeated detentions, assaults and threats. Imad Abu Shamsiyya showed us his house that was attacked after he filmed the extra-judicial execution of a wounded Palestinian youth who was lying on the ground after a failed knife attack. He also faces death threats and harassment because of his documentation of human rights violations. 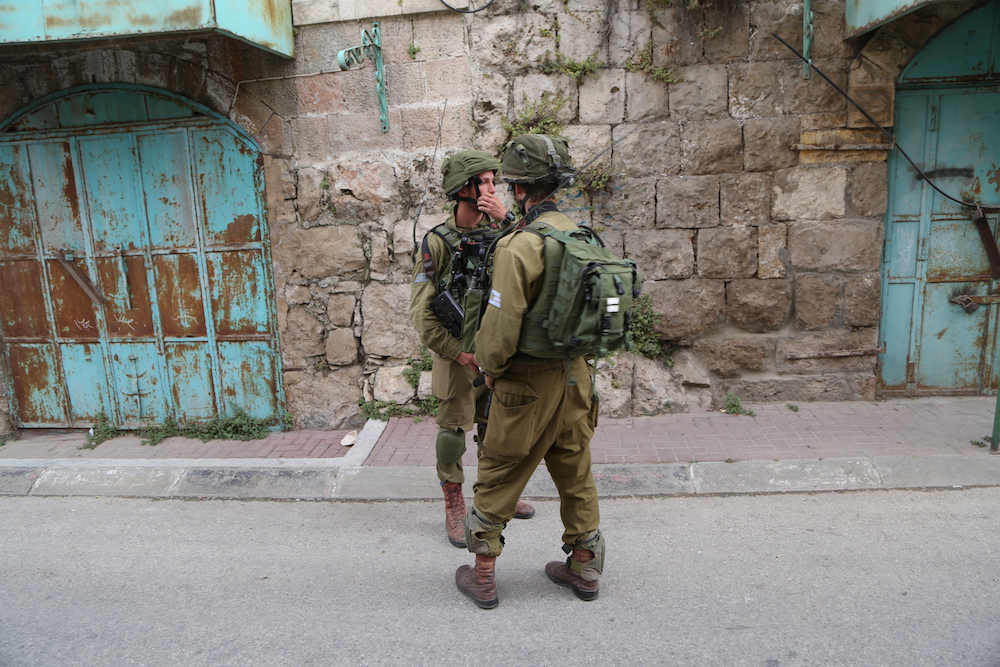 The tenacious Nasser Nawaj'ah was displaced aged three from his village of Susya El-Kadis in the South Hebron hills in 1986, but refuses to be displaced from the surrounding lands. He lives with his family in a tent and continues to defend the land rights of his community and document the human rights abuses committed by settlers and the Israeli military. The temporary shelters of his people are repeatedly bulldozed by the Israeli military. An illegal settler outpost is untouched a few hundred metres away.

Israeli authorities and extremist Israeli groups work to defame, threaten and silence those who defend human rights. In the last years this has included sustained and dishonest attacks on international funding of Palestinian and Israeli human rights organizations. It seems that the most vicious threats, defamation and attempted infiltration is targeted against those organizations working on international accountability for war crimes and crimes against humanity and those working to promote boycotts, divestment and sanctions (BDS).

The Israeli organization B'Tselem, which is one of the most respected and credible human rights organizations working anywhere in the world, has been targeted and its staff members have faced vile and threatening personal abuse. B'Tselem announced last week that it will no longer refer complaints to the Israeli military law enforcement system because it is unwilling to continue to be complicit in a “pretence.” Breaking the Silence, an organization comprised of Israeli ex-soldiers that documents abuses resulting from the occupation, has faced infiltration attempts and public attacks from right wing media, government ministers and extremist groups. Prime Minister Benjamin Netanyahu condemned the group after an attempted sting by the extremist group Ad Kan, in spite of the fact that Breaking the Silence routinely ensures all the soldiers’ testimonies it publishes are cleared by the military censor.

The Israeli Government and extremist groups are also involved in efforts to criminalise non-violent efforts to promote international pressure against the 49 year illegal occupation and aggressive settlement expansion. Denying Palestinians freedom of expression and the right to advocate for BDS are contrary to international human rights standards, and contribute to the continuous stripping away of peaceful tactics available to human rights defenders. It was very welcome upon returning to Ireland to hear that Foreign Minister Flanagan had joined his Dutch and Swedish counterparts in asserting that the right to advocate for BDS is a freedom of expression issue.

The courage and fundamental decency of the human rights defenders we met is one of the few signs of hope in a context that often provokes despair. That those who seek to use non-violent means to advance the cause of justice and full respect for the human rights of Palestinians and Israelis face threats, smears, infiltration and criminalisation is both sad and potentially very dangerous. The EU High Representative Federica Mogherini spoke recently of her opposition to boycotting Israel, but she needs to make clear the right of Palestinians and others to advocate non-violently in favour of a boycott, and the EU must visibly demonstrate their strong opposition to efforts to smear, criminalise and silence human rights defenders in Palestine and Israel.