Front Line Defenders expresses serious concern at the killings of three human rights defenders and members of Abahlali baseMjondolo in South Africa since November 2017 and calls on the South African authorities to carry out an immediate, thorough and impartial investigation.

Abahlali baseMjondolo is a grassroots movement of poor shack dwellers across South Africa, including Durban, Pinetown, Pietermaritzburg and the Western Cape. The movement advocates for the rights of people living in shacks including access to decent housing, services and education through participatory democracy. The movement uses a number of methods to promote the rights of shack dwellers and the homeless, including through peaceful land occupations and protests.

The Anti-Land Invasion Unit of Durban has reportedly increased the demolishing of shacks on so-called ‘occupied land’ in recent months, with other provinces having set up up their own units for the same. The killing of fellow Abahlali baseMjondolo member Sibonelo Patrick Mpeku is believed to be a reprisal for his work defending human rights. The human rights defender was forcibly taken from his shack and stabbed to death by unknown assailants on 19 November 2017 in the informal settlement of Sisonke Village in the province of KwaZulu-Natal. On 17 December 2017, Soyiso Nkqayini was shot and killed by unknown men while Smanga Mkhize was left seriously injured from the same attack.

On 11 January 2018, human rights defender Sandile Biyela was killed while police officers and security guards were using live ammunition during a land rights protest at Solomon Mahlangu. The human rights defender was participating in an occupation due to the demolition of shacks. Police officers and security guards used live ammunition which caused the protesters to run. Sandile Biyela was killed while running away from police although the authorities have not yet released the results of the autopsy as to the cause of death.

In 2013, Nqobile Nzuza, a 17-year-old member of the movement, was killed during a land and housing protest in Cato Crest, Durban. Five years later, Durban Magistrate’s Court sentenced the police officer to 10 years’ imprisonment on 15 January 2018. 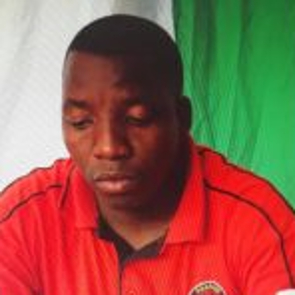