Front Line Defenders is deeply saddened by the death of human rights defender Vitaly (Vito) Safarov, who passed away on 30 September 2018 in Tbilisi, Georgia.

Vitaly first got involved in human rights work in 2013 when he became a trainer in a multicultural camp for children in Georgia. He then worked for the Georgian NGO “Centre for Participation and Development” as a trainer of youth programs. For the past two years, Vitaly was a part of the Tbilisi Shelter Initiative that provides human rights defenders from across the region with a safe space, rest, medical aid and capacity-building programs. He accompanied defenders from different countries and backgrounds on a daily basis, helping them to adapt during their stay in Tbilisi and to benefit from the Shelter's programs.

Svetlana Anokhina, journalist from Dagestan, who stayed at the Tbilisi shelter commented:

“He took care of me during my three-month stay. When I arrived, I was told: here is Vitaly and he is your case manager. 20 minutes later, he became simply Vito to me. If someone asked what he meant to me and I could not explain, I responded: “Just imagine that you have a younger brother who you would call when you are having Internet connection problems; or if you need to go somewhere but you are too tired; or if you are in a hospital and don’t know who you should turn to; or if you are just feeling bad. Vitaly always responded in such a way to these problems that he would leave you feeling much better”.

“At Front Line Defenders we were privileged to collaborate with Vitaly Safarov on many projects for human rights defenders at risk. He was especially involved in our work on digital security. He had a deep commitment to working with and for HRDs of all cultures, being himself of Jewish and Yazidi roots. He had a great sense of humour, which was sometimes quite dark, but he always showed incredible kindness and tenderness to people. One of our colleagues referred to him as "Vito, defender of defenders" and that's exactly who he was.”

Vitaly Safarov will be missed and remembered by so many people. Front Line Defenders would like to convey its sincere condolences to his family, colleagues and friends. He will be a great loss to the human right defenders movement in Georgia. 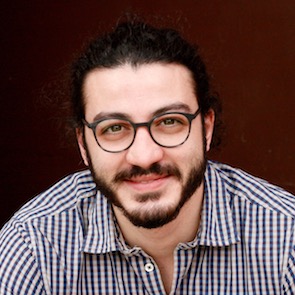