Obadi was taking part in a peaceful demonstration when a member of the GMI was seen to take aim and fire directly, killing Obadi. Obadi and his colleagues, contrary to police reports, were actively trying to calm other demonstrators who were angry at the police blocking their route.

Following the shooting, Obadi was taken by some of his colleagues to the Centre hospitalier Nyankunde, where he was refused admission because of his serious condition. He was then taken to the general hospital of Beni but died on arrival.

Lucha is a non-violent and non-partisan youth civil society movement founded in June 2012 in Goma, the capital of North Kivu. The movement advocates for social justice and accountability in the DRC where the situation remains volatile and human rights defenders (HRDs) remain at grave risk. They continue to operate at serious personal risk in an atmosphere of violence, hostility and instability. Absence of the rule of law and a climate of impunity prevail.

Since 19 November 2019, there have been daily protests calling for effective action to protect the civilian population from attacks by rebel militias and in particular calling for the removal of the UN’s MONUSCO peace keeping force which, it is claimed, has failed in its mission to protect the civilian population. The UN force, known as MONUSCO, is the biggest peacekeeping unit in the world and has operated in Democratic Republic of the Congo for the past two decades. 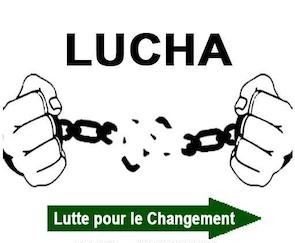