Front Line Defenders expresses its deep concern at the recent upsurge of intimidatory acts against the International Accompaniment Project in Guatemala ACOGUATE, following its accompaniment during a mobilisation on the occasion of the Indigenous Resistance Day on 12 October 2021. Of particular concern are the defamation campaign against their legitimate work and threats of criminalisation against members of the organisation, who are subjected to it through social networks and public statements by Guatemalan authorities. Also a cause for concern is that the further limiting of ACOGUATE’s work is likely to have negative impact on other human rights organisations, observers, human rights defenders and civil society.

The International Accompaniment Project in Guatemala ACOGUATE began its work in 2000 as an organisation under the mandate of international accompaniment and observation. For more than twenty years, the organisation operated in Guatemala at the request of human rights defenders and social organisations. Currently, ACOGUATE observes and accompanies human rights defenders at risk mainly in two areas: supporting access to justice and challenging impunity, and in the defence of land and territory. The project is based in Guatemala City, the capital, and is composed of six committees from France, Germany, Austria, Switzerland, Sweden and Canada. These committees send volunteers from all over the world who carry out peaceful international observation and accompaniment activities.

On 12 October 2021, two members of ACOGUATE’s team observed, at the request of civil society organisations, part of the mobilisation called "March for Dignity" in Guatemala City. The observation was carried out with the aim of safeguarding peaceful protesters’ human rights. During the activity, the observers remained on the perimeter of the square, visibly apart from the demonstrating group and identifiable with green waistcoats. Around 11 AM, unknown persons took photographs of the ACOGUATE’s members from a motorbike. These images were used to motivate defamation campaigns, threats and disinformation on social networks against the project of ACOGUATE and its legitimate work of international accompaniment and observation in Guatemala.

The defamatory and threatening messages, and the disinformation campaign began on 12 October 2021 through social networks, mainly on Twitter and Facebook. However, members of ACOGUATE also received threatening messages and hate speech through the website contact form, as well as via comments on their official YouTube account. Many messages call on the Guatemalan authorities and the Guatemalan Ministry of Foreign Affairs (MINEX) to cancel ACOGUATE's project, to initiate prosecution and/or criminalisation proceedings against them and to expel all members of the team under the recently approved Decree no. 04-2020. The latter is known as the "NGO Law", which has been described as concerning for the work of human rights defenders. The direct and indirect threats against ACOGUATE and its members contain accusations for their participation in events, for allegedly promoting, instigating or financing the violent acts occurred during the demonstration, as well as for their foreign interference and the deterioration of the national historical heritage.

On 12 October 2021, the former Minister of Interior, Enrique Degenhart, posted on Twitter his opinion seeking to criminalise ACOGUATE's observation during the demonstration. He urged the authorities to test the reforms to the NGO Law on this case. On 13 October 2021, the official Twitter account of the Ministry of Foreign Affairs stated that the Guatemalan Foreign Ministry would take the corresponding diplomatic measures in the case of participation of foreign actors.

On 18 October 2021, Guatemala Inmortal, a civic and political movement believing in God and defending the right to life, the family, private property, individual and economic freedoms, presented and made public a criminal complaint against ACOGUATE. The complaint seeks to investigate the organisation for the crimes of sedition, activities against the internal security of the nation, and depredation of cultural heritage.

The acts of harassment, threats, defamation and criminalisation campaigns against ACOGUATE take place in a context in which Guatemalan society and civil society organisations have already denounced a continuous deterioration of the conditions in which human rights defenders, civil society organisations and journalists work in Guatemala. It is also framed within the context of rejection of the recently passed NGO Law, which allows for greater government control over national and foreign organisations operating in the country.

Front Line Defenders recalls that the legitimate work of international observation and accompaniment carried out by ACOGUATE has been recognised and supported over the years by various national and international organisations. Front Line Defenders recognises that ACOGUATE's work has always been carried out upon request and in accordance with the principles of non-interference, non-partisanship and non-interventionism included in its mandate. In this sense, Front Line Defenders stands in solidarity with their work, which is guided by the principle of non-violence and falls within the legal framework of legality and human rights.

Front Line Defenders calls once again on the Guatemalan authorities to promote a collaborative approach to work with human rights defenders and civil society organisations, and to refrain from committing any act of verbal stigmatisation, legal intimidation, criminalisation or misuse of criminal law against civil society organisations, human rights defenders and journalists in the country. 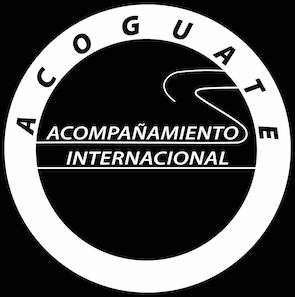