Front Line Defenders is deeply concerned about the failure to protect  human rights defenders in the Magdalena Medio sub-region and the failure to investigate and bring to justice those responsible for threats and killings. The  lack of protection measures provided to those who defend the autonomy of their communities, environment and peace in their territoriess has resulted in situations such as the recent killings of community leaders and human rights defenders Teófilo Acuña and Jorge Alberto Tafur.

The Magdalena Medio sub-region is shaped by a valley and the Magdalena River basin, that runs through the departments of Santander, Antioquia, Bolívar and César in the central part of Colombia. The strategic location of the Magdalena River as well as its diversity of natural and mineral resources have made the territory a place of great economic interest and geo-political control over the years. For more than eight decades, extractive activities have been promoted in the region by the national government without adequately taking into account  socio-environmental impacts. According to human rights defenders these activities have been carried out without due consultation with the communities that inhabit and defend their territories, where a large percentage of the population has historically worked in farming, agriculture and fishing.

Extractive industries and processes in Magdalena Medio have grown in a context of structural problems, including a lack of access to basic services and systematic violence through threats, assassinations, massacres and forced disappearances. The systemic violence is often due to the dynamics of combat between paramilitary groups, the security forces and other armed actors, which have provoked widespread displacement to different parts of the country.1 The complexity of this context and the struggles for territorial control make the protection of human rights and environmental defenders in the region even more urgent and worrying.

Most of the human rights defenders at risk in the Magdalena Medio region are defending their lands, communities, territories and  protecting the environment. Individuals and communities who have organised to demand their right to free and informed consultation are facing serious reprisals for trying to stop the negative impacts of the exploitation of their environment and the social fabric of their territory.

The most recent example is the resistance struggle of different sectors of Magdalena Medio against the use of the hydraulic fracturing technique to extract gas and oil from the subsoil, known as fracking. Fracking is being promoted by the government of President Iván Duque, despite the serious concerns of local communities about the environmental impact it entails. Since 2019, human rights defender Linda Oneida Suárez Sánchez has experienced constant threats and intimidation in retaliation to demanding her rights and attempts to stop the negative impacts of fracking in the region.

Linda Oneida Suárez Sánchez is a teacher, activist and human rights and environmental defender from Santander. She is the founder of a social movement of resistance against mining and extractivism in that department. Linda Oneida Suárez Sánchez is also part of the coordination of the Colombia Free of Fracking alliance at the national level, where she accompanies communities in opposition to fracking projects and documents violations against human rights defenders.

On 15 February 2022, Linda Oneida Suárez Sánchez received a text message warning her to keep quiet or she would be killed. The threats have already been reported to the Santander police department, but so far the environmental defender has not been notified of any progress or protection measures granted to her. The threats occurred in the context of protests and citizen participation in an environmental licensing process for a fracking project in the region where the environmental defender lives.

The threats against Linda Oneida Suárez Sánchez are not an isolated case. On the night of 27 February 2022, unknown armed men fired shots from a motorbike at human rights defender and President of the Corporación Acción Humanitaria para la Convivencia y la Paz del Nordeste Antioqueño (CAHUCOPANA) Carlos Arturo Morales Mallorga. The human rights defender was attacked while in the company of his wife and young son in the city of Barrancabermeja, in the department of Santander. Fortunately, the human rights defender and his partner are safe after being hospitalised due to injuries sustained in the attack. On 28 February 2022, Carlos Arturo Morales Mallorga filed a complaint about the attack against him with the Attorney General's Office but so far there has been no evidence the incident is being seriously investigated. The human rights defender and other members of CAHUCOPANA have been beneficiaries of precautionary measures from the Inter-American Commission on Human Rights (IACHR) since 2018 and have measures in place from the National Protection Unit (UNP).

Human rights defenders in the region have denounced the situations of risk that they face and have sought for a proper response from the authorities. Human rights defenders Teófilo Acuña and Jorge Alberto Tafur were recognised land rights defenders and defenders of the rights of the peasant communities in their territory. They had publicly denounced the harassment, persecution and threats suffered by the peasant communities in the municipality of San Martín by the Municipal Mayor and the police. Both  Teófilo Acuña and Jorge Alberto Tafur had reported the threats that they were facing to the authorities, before they were shot and killed on 22 February 2022 by unidentified individuals in front of their families in Puerto Oculto, municipality of San Martín, department of Cesar.

In the past, Front Line Defenders has expressed with deep concern the seriousness of the context in which human rights defenders carry out their work and the increased risks in different regions of Colombia, in particular against those promoting the rights of indigenous peoples, the environment and the full implementation of the peace agreement. Front Line Defenders reiterates that the systematic killings of human rights defenders in the country has a negative impact on a national level that deeply affects the social fabric, democracy and the freedoms of communities in Colombia. In 2021 alone, the Human Rights Defenders Memorial (HRD Memorial) verified with information from partner organisations in the country at least 138 murders of human rights defenders for their defence work, making Colombia once again the most lethal country in the world for human rights defenders.

Front Line Defenders calls on the Colombian authorities to stop and condemn the attacks against those who carry out legitimate human rights work and those who defend the right to consultation and territory. Furthermore, we recall that the national protection mechanism (Unidad Nacional de Protección), which is a protagonist in the region, has the responsibility to make maximum efforts to respond to the seriousness of the situation in the country, coordinating its work with other public bodies responsible for dealing with the different issues involved in the conflicts in the country. 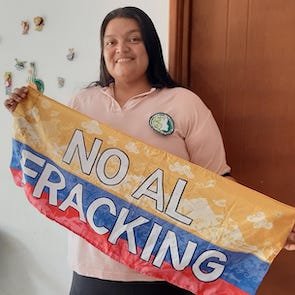 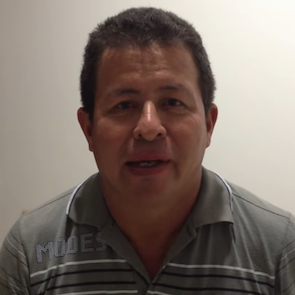