About Muhammad Jan Gigyani
Status:
Killed
About the situation 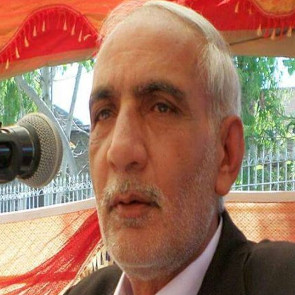 Muhammad Jan Gigyani was a well-known human rights defender and senior lawyer. A long-time advocate for the rights of the poorest members of society, he regularly worked on women’s rights and labour rights cases in courts. In 2009, he was amongst the core members of Amn Tehreek (Peace Movement), a group promoting peace in the troubled regions of the province. Muhammad Jan Gigyani notably performed absentia funeral prayers for Alesha, a transgender woman human rights defender who was shot on 22 May 2016 and died three days later. Muhammad Jan Gigyani was a member of Charsadda Bar Association and the former president of Shabqadar Bar Association which are professional bodies of lawyers. He also acted as a provincial counsel member for the secular Qaumi Watan Party (QWP).

Muhammad Jan Gigyani was shot dead on the morning of 4 March 2017 in his hometown Shabqadar in district Charsadda, Khyber Pakhtunkhwa. He was driving to the local court along with his nephew when two gunmen on a motorcycle opened fire on him before fleeing. According to the local police, Muhammad Jan Gigyani was critically wounded and died on his way to the hospital. His nephew was also seriously injured. Jamaat-ul-Ahrar (JuA), a banned militant group responsible for many of the recent militant attacks in Pakistan, claimed responsibility for the killing in a statement sent to local media.

Front Line Defenders strongly condemns the killing of Muhammad Jan Gigyani, which it believes was solely motivated by his legitimate and peaceful activities in the defence of human rights in Pakistan.

2. Carry out an immediate, thorough and impartial investigation into the killing of human rights defender Muhammad Jan Gigyani, with a view to publishing the results and bringing those responsible to justice in accordance with international standards;

3. Take all necessary measures, in consultation with the defenders, to guarantee the physical and psychological integrity and security of all human rights defenders working in Pakistan;