Journalists from The Caravan physically assaulted

About The Caravan
Status:
Assault
About the situation 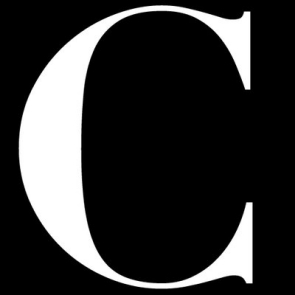 The Caravan is a magazine featuring long-form journalism, reporting extensively on human rights issues and violations in India. Shahid Tantray, Prabhjit Singh and the woman journalist in question have also been involved in reporting on the anti-CAA protests and communal violence and the resulting human rights violations in North East Delhi, where communal violence broke out in late February 2020 and lasted for a number of days.

Shahid Tantray, Prabhjit Singh and the woman journalist are journalists at The Caravan, a magazine featuring long-form journalism. The magazine reports extensively on human rights issues and violations in India, and the journalists in question have also been involved in reporting on the anti-CAA protests and anti-Muslim violence and the resulting human rights violations in North East Delhi, which took place in February 2020, lasting for a number of days.

On 11 August 2020, the three human rights defenders were reporting on a story in the area of Subhash Mohalla, North East Delhi when they were attacked by a large group of people. The story they were covering involved an alleged assault on three women and a teenager by police officers at the Bhajanpura station, when they attempted to file a First Information Report (FIR) against residents in their locality who had raised derogatory slogans against Muslims, and calling for them to leave the neighbourhood.

The defenders travelled to the locality on 11 August 2020, and were taking photographs and videos of the saffron flags, in the Subhash Mohalla public area after finishing an interview linked to the assault, when they were confronted by a large group of about 50 people. One of the men, dressed in a saffron outfit, identified himself as a leader of the ruling party. The group asked the defenders to provide their ID cards, and upon realising that Shahid Tantray was Muslim they attacked him, shouted abuse at him and threatened to kill him. When Prabhjit Singh tried to intervene, he was also attacked. The defenders tried reasoning with the men, but their efforts were unsuccessful and the ordeal continued for nearly 90 minutes before police arrived. Despite the presence of police, the group continued to be violent, with the police taking no measures to effectively control them. Shahid Tantray and Prabhjit Singh were finally removed from the scene and taken to the Bhajanpura police station, sustaining some injuries, nearly two hours after the attack first started.

The woman journalist managed to avoid the violence initially, but was then attacked by a group of men who shouted sexual slurs at her, took videos and photos of her, with one man exposing his genitals while shouting abusively and laughing at her. She managed to escape the group, but was chased by another group of men and women, who beat her severely after she had fallen on the ground. A police officer standing near to where the attack was taking place reportedly refused to intervene, despite her pleading with him to help her. She was finally escorted to the Bhajanpura police station by another police officer.

At the police station, the human rights defenders recorded their statements. Members of the group also arrived at the police station and filed a counter-complaint against the journalists, that they were intentionally creating hostility photographing the flags. Later, when the human rights defenders were taken to the hospital for a medico-legal certificate, members from the same group were also present there, in what can be seen as an attempt to intimidate the defenders. Although the defenders’ complaints were noted, the police have refused so far to register an FIR for the incident.