Nationwide crackdown on peaceful protests against the Citizen (Amendment) Act 2019

Front Line Defenders is deeply concerned about the increasing repression of human right defenders in India, particularly linked to the protests against the regressive Citizenship (Amendment) Act 2019 (CAA), passed by the Indian Parliament on 11 December 2019.

The Act provides a path to Indian citizenship for Hindu, Buddhist, Sikh, Jain, Parsi and Christian minorities who have fled religious persecution from the neighbouring countries of Afghanistan, Bangladesh and Pakistan, and entered India on or before 31 December 2014. It also relaxes the provisions for "Citizenship by naturalisation" by reducing the required duration of residency from the existing eleven years to five years for the same group of people. It is the first law to have been passed in India which uses religion as a criterion for granting citizenship.

The CAA has been widely criticised and condemned by students, activists, human rights defenders, civil society organisations and the international community for being blatantly sectarian and discriminatory because of its exclusion of Muslims. The language of the Act legitimises discrimination on the basis of religion and stands in clear violation of the Constitution of India and international human rights law. While the government claims that the Act is to give relief to persecuted religious minorities from neighbouring states, it fails to consider the ill-treatment and oppression of the Hazaras and Ahmadiyya Muslims of Pakistan, Bihari Muslims of Bangladesh, Rohingya Muslims of Myanmar as well as the plight of the Tamils from Sri Lanka who form the largest refugee population in India. The exclusion of these groups clearly demonstrates that the Act is inherently biased. The CAA pushes back the country’s secular principles and risks contributing to the creation of a majoritarian state

In the days leading up to the passing of the Act, several protests erupted in the North Eastern states of Assam, Manipur and Tripura. The subsequent clashes between the police and protestors resulted in several deaths and injuries. Following those incidents, a curfew was put in place and the army was called in to oversee its implementation.

Since the passing of the Act on 11 December 2019, the country has witnessed a series of protests including in Kolkata, Delhi, Mumbai, Bengaluru, Hyderabad and Jaipur. Section 144 of the Code of Criminal Procedure, which prohibits the gathering of more than four individuals in a public space, was imposed in several cities to discourage protests. In several other cities, police denied permission for marches or any public gatherings. In the north Indian state of Uttar Pradesh, police issued notices to over three thousand people cautioning them to neither participate nor incite others to participate in protest marches. The state has seen one of the most aggressive responses from the police with about 20 people losing their lives as a result of clashes.

Human rights defenders from across the country have been arbitrarily detained and in many instances falsely charged on a variety of counts. There are testimonies of custodial torture against human rights defenders which is an issue of grave concern and runs counter to the Indian State’s national and international commitments. On 29 December 2019, Chennai police detained five women human rights defenders, Gayatri, Pragati, Aarti, Madhan and Kalyani, for drawing kollams (colourful patterns) on the street. The police said they were being arrested for protesting without permission, however, the organisers of the event iterated that they were neither raising slogans nor holding placards, and only two or three of them were working on one kollam each, a form of cultural expression which does not require permission.

On 12 December 2019, human rights defender and Right to Information activist, Akhil Gogoi of Krishak Mukti Sangram Samiti (KMSS), was arbitrarily arrested by Assam police after delivering a speech on the CAA. He was later handed over to the National Investigation Agency and charged. On 24 January 2020, he was sent to judicial custody for fourteen days. Four others who work for Satra Mukti Sangram Samiti, an organisation affiliated with KMSS, were similarly detained and charged. Manash Konwar and Lakhyajyoti Gogoi were released on bail while Dharjya Konwar and Bitu Sonawal are still in detention. On 27 December 2019, Assam police picked up human rights defender Seram Herajit Singh and kept him in custody before a First Information Report was even filed. He was released only after two weeks.

Several prominent universities saw students gather and actively voice their concerns with the Act. On 15 December 2019, police personnel entered the campus of Jamia Millia Islamia university, where protests were being held against the CAA. Tear gas and batons were used on the students who were exercising their right to peacefully protest. Over a hundred students were detained and an equal number were left injured as a result of the confrontation.

On 5 January 2020, a masked mob armed with rods and sledgehammers entered the campus of the prestigious Jawaharlal Nehru University in Delhi and physically assaulted over 20 students and professors. The attack happened after a peace march was conducted by the Teachers Association at the University. Aside from attacking the students, the mob also vandalised campus property and chanted slogans such as “Kill the leftists”, “Kill the Anti-Nationals” and “Desh ke Gaddaron ko, goli maaron saalon ko” which roughly translates as ‘The traitors must be shot dead’. Students alleged that police stood by while witnessing the attack unfold inside the campus.

Rather than addressing the issues being raised by the protestors, the government has resorted to shutting down any form of dissent by restricting internet access, imposing curfews and detaining hundreds of peaceful protestors and human rights defenders. The police, while failing to exercise their duty to protect the people, have been using excessive force against those who are merely exercising their fundamental rights.

Six weeks since the passing of the Act, the protests continue unabated. Human rights defenders are still being threatened, attacked and arbitrarily detained. Section 124A of the Indian Penal Code has been widely invoked to curb dissent. In its response to the protests, the state has unabashedly violated international human rights standards. Front Line Defenders condemns the excessive use of force by police personnel and is extremely concerned about the increasingly hostile environment for human rights defenders in India. It urges the Indian authorities to release all those arbitrarily arrested and detained, as well as to investigate allegations of grave human rights violations. It further calls on the government to ensure that human rights defenders are permitted to carry out their peaceful and legitimate work in defence of the rights of others. 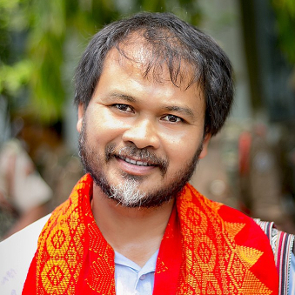