About Wadih Al Asmar
Status:
Summoned for interrogation
About the situation

On 31 August 2018, human rights defender Wadih Al-Asmar will appear before the Cyber Crime Bureau of the Lebanese Ministry of Interior for an interrogation related to critical views he expressed on Facebook regarding public policies. 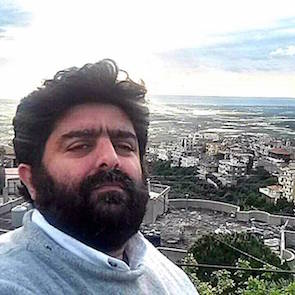 Wadih Al-Asmar is the co-founder and President of the Lebanese Centre for Human Rights (CLDH), an organisation which works mainly on prevention of torture and the accountability of perpetrators. He is also co-founder and Secretary-General of both the Franco-Lebanese Movement SOLIDA (Support to Lebanese Detained Arbitrarily) and the Euro Mediterranean Federation against Enforced Disappearance (FEMED). In June 2018, he was elected as the President of EuroMed Rights (the Euro Mediterranean Human Rights Network). In 2015, Wadih Al-Asmar co-founded the Lebanese social and environmentalist movement YouStink which actively participated in organising and supporting many of the protests during the last refuse crisis in Lebanon.

On 31 August 2018, human rights defender Wadih Al-Asmar will appear before the Cyber Crime Bureau of the Lebanese Ministry of Interior for an interrogation related to critical views he expressed on Facebook regarding public policies.

On 16 August 2018, Wadih Al-Asmar received a call from the Cyber Crime Bureau of the Ministry of Interior, requesting him to appear before the Bureau on 31 August for questioning with regard to posts which he had published on his Facebook account. The human rights defender has regularly published commentaries on human rights and political development in Lebanon on his social media pages.

In 2015, Wadih Al-Asmar appeared before the Court of Publications on charges relating to “defamation and false accusation”. The case was initiated against CLDH based on a complaint filed by the leader of Amal Movement - a Lebanese political party associated with Lebanon’s Shia community - and the Head of the Lebanese Parliament, following the publication of a report by the organisation which denounced allegations of torture perpetrated by members of the Amal Movement. The lawsuit was withdrawn in 2016.

Over the past five years, several human rights defenders, members of civil society, journalists and bloggers have been summoned by the Cyber Crime Bureau for expressing critical views on public policies, politicians and public figures. According to Lebanese human rights groups, the Cyber Crime Bureau summoned at least 39 persons for interrogation since 2016. Some summoned defenders were briefly detained, such as the prominent blogger and human rights defender Immad Bazzi, and many have been charged with “criminal contempt, slander and libel of public officials”. Furthermore, some bloggers have been pressured by the Bureau to sign commitments that they will not tackle certain issues online.

Front Line Defenders expresses its concern at the harassment and intimidation of Wadih Al-Asmar, which it believes is solely motivated by his peaceful and legitimate human rights work.

Front Line Defenders urges the authorities in Lebanon to:

1. Cease all judicial harassment against human rights defender Wadih Al-Asmar, as it is believed that it is solely motivated by his legitimate and peaceful work in the defence of human rights;

2. Guarantee in all circumstances that all human rights defenders in Lebanon, including bloggers and journalists, are able to carry out their legitimate human rights activities without fear of reprisals and free of all restrictions.