On 24 July 2016, human rights defender Mr. Orhan Kemal Cengiz, who had been charged with a terrorism related crime, was released from detention in the Istanbul Police Headquarters in Vatan Street, Fatih district. A travel ban has, however, been imposed on the human rights defender preventing him from traveling abroad pending the consideration of his case. 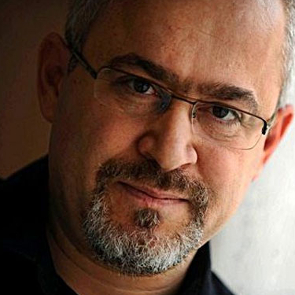 Orhan Kemal Cengiz is a human rights defender, lawyer and journalist. He is a founding member of several human rights organisations, including the Human Rights Agenda Association and the Civil Society Development Center, which work towards the protection of freedom of expression, the prevention of torture, the promotion of economic, social, cultural and minority rights, as well as the provision of support to Turkish non-governmental organisations. Orhan Kemal Cengiz is also a famous journalist who has written extensively on human rights related topics, from the Kurdish issue to the Armenian Genocide. Currently, Orhan Kemal Cengiz serves as a defence counsel in the case of Kurdish lawyer Mr. Tahir Elci who advocated for the peaceful resolution of the long-standing Kurdish-Turkish conflict but was shot dead in Diyarbakir in the south-east of Turkey on 28 November 2015.

On 24 July 2016, human rights defender Mr. Orhan Kemal Cengiz, who had been charged with a terrorism related crime, was released after spending four days in detention in the Istanbul Police Headquarters in Vatan Street, Fatih district. A travel ban has, however, been imposed on the human rights defender preventing him from traveling abroad pending the consideration of his case.

Orhan Kemal Cengiz has been charged with allegedly belonging to an organisation reportedly led by Mr. Fethullah Gülen and considered by the Turkish government as terrorist. Fethullah Gülen is a prominent Turkish public figure who has been accused by President Recep Tayyip Erdoğan of having organised the failed military coup d’État of 15 July 2016. When interrogated by the prosecutor earlier on 24 July, and despite the nature of the charges, the human rights defender was questioned solely about unrelated comments he made on Twitter in 2014. There is no indication of when the court hearing on his case might take place.

On 21 July 2016, Orhan Kemal Cengiz was arrested at Istanbul's Ataturk Airport, where he subsequently spent three hours before being transferred to the Counter-Terrorism Bureau located within the Istanbul Police Headquarters. The human rights defender was not given any explanation as to the reasons for his arrest and was directly placed behind bars. Orhan Kemal Cengiz was arrested together with his wife, who was released few hours later.

When approached by the police officers, the couple was waiting to board a flight to the United Kingdom, where the human rights defender was supposed to participate in a conference promoted by the Tahir Elci Foundation, established in the memory of the Kurdish lawyer brutally killed a year ago.

The human rights situation in Turkey is rapidly deteriorating, with the government embarking on a massive crackdown on human rights defenders and on civil society following the failed attempt of the Turkish military to overthrow the government of President Erdoğan. The repression against the voices critical of the government and its policies has further intensified with the introduction of a state of emergency on 20 July 2016. In particular, Front Line Defenders is concerned about the severe restrictions on freedom of expression, speech and assembly introduced in the country, as these limitations can have a significant negative impact on the legitimate and peaceful work of human rights defenders in the country.

1. Immediately drop all charges against Orhan Kemal Cengiz as it is believed that they are solely motivated by his legitimate and peaceful work in defence of human rights;