On 20 May 2016, a group of brick kiln owners displayed banners around the city of Gojra, Punjab province, calling human rights defender Mr Imran Anjum 'a blasphemer' and insisting on his execution. These threats follow an attack on 9 May 2016, when Imran Anjum, along with two of his colleagues, was travelling home to Sahiwal from a conference in Gojra devoted to the protection of the rights of brick kiln workers. Two people on motorbikes chased his car, forcibly stopped him, dragged him and his colleagues out of the vehicle and threatened them at gunpoint. They said that they would kill the human rights defender and his colleagues if they did not stop their labour rights work or if they went back to Gojra. 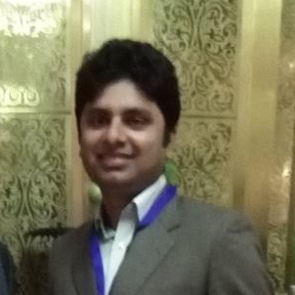 Front Line Defenders strongly condemns the attack on Imran Anjum and his colleagues, which it believes is solely motivated by their legitimate and peaceful work in the promotion and protection of the labour rights of brick kiln workers in the Punjab province of Pakistan.

A blasphemy accusation was filed against staff members of Insan Dost Association (IDA), namely Mr Anjum Raza Mattu, Mr Imran Anjum, Ms Shazia Parveen, and Ms Najma Khalil, on 8 June 2012. IDA is a human rights organisation based in Punjab Province which works for the promotion and protection of the rights of bonded labours and their families. It advocates for increased kiln workers' wages, the enrolment of child kiln workers in schools, and the elimination of advanced debt bondage. On 30 June 2012, IDA staff were invited to participate in the investigation and were summoned to be present at the next meeting, which will be held on 9 July 2012.

The blasphemy accusation has been filed against the abovementioned IDA staff members by kiln owner Mr Javed Iqbal on behalf of another kiln owner, Mr Iftikhar Mohar. The complaint was submitted to the Commissioner of Sahiwal Division in Punjab Province, Mr Qazi Ashfaq Ahmed, who has the power to order the police to register a First Information Report (FIR) against the alleged accused. IDA staff members could be sentenced to life imprisonment or death if they are found guilty of blashemy. IDA has been active in recent years in working to protect the rights of brick kiln workers and has had disagreements with kiln owner Iftikhar Mohar.

It is reported that Javed Iqbal has also accused IDA of being involved in anti-government activities and called for the registration certificate of IDA to be revoked.

Human rights defenders associated with IDA have been physically abused by kiln owner Iftikhar Mohar and his henchmen in the recent past.

On 19 November 2011, Mr Muhammad Munir, a member of IDA, was attacked by a few men with sticks and bamboos after he led around 200 workers to call on kiln owners to implement the Punjab Wage Board, a notification which fixed the minimum pay for a kiln worker making 1,000 bricks to 517 Pakistan Rupee (€4.4). The attackers were believed to be associated with kiln owners Mr Haji Iqbal, Mr Khalid Chaudhry, and Mr Iftikhar Mohar.

On 7 January 2012, a fabricated rape case was filed against Muhammad Munir and his wife, and on 2 February 2012, he was arrested by the police before being transferred to Sahiwal District Central Jail on 7 February 2012.

On 16 May 2012, Muhammad Munir's wife and four IDA staff were beaten up at Arifwala tehsil court premises by Iftikhar Mohar and his lawyers while Muhammad Munir was defending himself against the false accusation before the court. On the same date, a complaint for attempted murder (FIR 298/12) was registered against human rights defenders Mr Anjum Raza Mattu, Mr Imran Anjum, Ms Khadija Munir, Mr Zeeshan Ali, Mr Rafij Masih, and Ms Bashiran Bibi.

On 31 May 2012, Imran Anjum was convicted under this charge and was sent to Sahiwal District Central Jail. He was released on bail on 27 June 2012.

Front Line Defenders sees these incidents as part of a pattern of ongoing harassment against IDA staff, and believes they are targeted for their work in the defence of human rights, in particular the rights of kiln workers in Punjab Province.