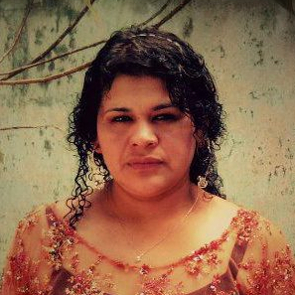 On 29 June 2017, eight unidentified men wearing balaclavas attempted to break into the office of the Comité Campesino del Altiplano – CCDA (Campesino Committee of the Highlands) in Cobán, Alta Verapaz. On 26 June 2017, shots were fired during a CCDA meeting held in Nuevo Centro.

Lesbia Artola is a member of the Comité Campesino del Altiplano – CCDA (Campesino Committee of the Highlands) in Cobán, Alta Verapaz, Guatemala. CCDA is a campesino organization that works to promote access to land as well as the labour rights of Mayan campesinos. They provide support related to land and credit, including scholarships as well as various trainings on campesino rights. At the national level, the CCDA forms part of the National Coordination of Campesino Organizations (CNOC), which helps campesinos to organize themselves in order to uphold their fundamental human rights.

On 29 June 2017, around 1:30 am, eight unidentified men wearing balaclavas attempted to force the door and gate of the CCDA office. The assailants threatened members of the organization who were present, including Lesbia Artola and Analy Noriega, stating “this is happening because you are defending communities that like problems”. The unidentified individuals intimidated members of CCDA, as well as families from a neighbouring community that the organization was hosting, for roughly half an hour before fleeing in a vehicle.

This is not the first time that members of the CCDA have been targeted due to their human rights activities. On 26 June 2017, around 11:30 am, several shots were fired by unknown assailants during a meeting between Lesbia Artola, Analy Noriega and other human rights defenders from twenty local communities. Fortunately, no one was injured. The meeting was in solidarity with the Choctún Community, in Nuevo Centro, who are facing a land dispute that threatens to displace their entire community. On the same day, two unidentified men entered the CCDA office and proceeded to intimidate its members, stating that the disputed land in Choctún Community, in Nuevo Centro will be transferred to Chilté Cooperative, the other party in the dispute.

I condemn the attacks and acts of intimidation carried out against members of the CCDA and other human rights defenders in Guatemala, which I believe to be directly related to their work in defence of human rights.

1. Carry out an immediate, thorough and impartial investigation into the attacks and acts of intimidation against Lesbia Artola and Analy Noriega, as well as other members of the CCDA, with a view to publishing the results and bringing those responsible to justice in accordance with international standards;

2. Take all necessary measures to guarantee the physical and psychological integrity and security of Lesbia Artola and Analy Noriega  and all other CCDA members;