On 9 January 2014, the Appeals Court of Comayagua suspended the case against human rights defender Aureliano Molina. He had been facing charges of usurpation of land, coercion, and causing more than $3 million in damages to DESA, a hydroelectric dam company. 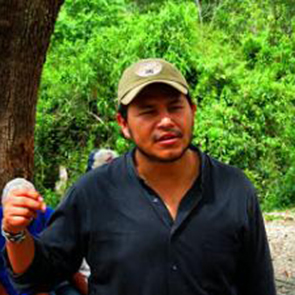 Aureliano Molina Villanueva is a member of the Consejo Cívico de Organizaciones Indígenas Populares – COPINH (Civic Council of Popular Indigenous Organisations). COPINH is currently involved in a campaign for the defence of the Gualcarque river and oppose the construction of a dam by transnational corporations DESA, Sinohydro and FICOHSA group, which have launched Zarca Water Hydroelectric Project against the will of the indigenous inhabitants, the Lenca people, in clear violation of ILO Convention 169.

On 9 January 2014, the Appeals Court of Comayagua provisionally suspended the case against human rights defenders Ms Berta Cáceres and Messrs Tomás Gómez and Aureliano Molina. They had been facing charges of usurpation of land, coercion, and causing more than $3 million in damages to DESA, a hydroelectric dam company.

The Court further reversed a decision to displace the indigenous Lenca community from their ancestral lands, and revoked the arrest warrant which had been in place against the human rights defenders. No court date has been set for the final decision in the case.

While Front Line Defenders welcomes the provisional suspension of the case against the human rights defenders, it remains concerned that the case has not been permanently suspended. Front Line Defenders is further concerned that the case was brought to court in the first place, considering the fraught circumstances which lead to the charges, detailed in anurgent appeal by Front Line Defenders on 27 May 2013. The case comes in the context of serious concerns in Honduras, and the region in general, that large-scale development projects are impinging on environmental rights and the rights of indigenous people, and that the principle of free, prior and informed consent is not being fully respected.

Aureliano Molina Villanueva was driving to Esperanza in order to comply with a judicial order requiring him to sign in at a police station every fortnight, an order which was issued on 20 September 2013. At that hearing, a magistrate also ordered the pre-trial detention of human rights defender Ms Berta Cáceres, general co-ordinator of COPINH, on charges of usurpation of land, coercion, and causing more than $3 million in damages to DESA, a hydroelectric dam company.