1. This submission focuses on the situation for human rights defenders (HRDs) in Hungary since the previous UPR cycle and thus covers developments in the years 2011-2015.

2. Since 2010, when the ruling Fidesz party came to power, the authorities have taken progressive steps to limit the space for civil society and independent media, and to alter the constitutional system of checks and balances in favour of the executive. In March 2013, Constitutional amendments were passed that limited the authority of the Constitutional Court. This came in response to Constitutional Court's rulings against a number of government-backed laws criminalising homelessness, making voters' registration mandatory, and limiting religious freedom. Shortly thereafter, the laws found by the Court to be unconstitutional were re-introduced. These events were followed by the forced early retirement of approximately 300 judges.

3. While non-governmental organisations (NGOs) have generally been able to operate, recent developments have been a cause for concern. Since 2013, NGOs have repeatedly been labelled as agents of “foreign influence”, accused at the highest levels of government of being politically motivated, have seen their offices raided by police and have had administrative, tax and criminal proceedings brought against them. Alongside these developments, extreme right-wing groups continued to threaten and at times physically attack HRDs, and media have been used to smear their reputation and credibility.

Front Line Defenders calls upon the member states of the UN Human Rights Council to urge the Hungarian authorities to prioritise the protection of human rights defenders and in doing so to:

(a)  Guarantee in all circumstances that all human rights defenders in Hungary are able to carry out their legitimate human rights activities free of all undue restrictions, and ensure full respect for the UN Declaration on Human Rights Defenders;

(b)  Promptly investigate the alleged leaks of private and confidential information and its use with the aim of stigmatising the work of human rights defenders and civil society figures;

(c)  Ensure full respect for the right to solicit, receive and utilise resources, including from abroad, in accordance with Article 13 of the UN Declaration on Human Rights Defenders;

(d)  Take measures to ensure that journalists can carry out their work freely and independently, without fear of undue pressure or retaliation, and reform the media sector to ensure that independent and pluralist media exist;

(e)  Promptly and thoroughly investigate threats made against human rights defenders by members or sympathisers of extreme right groups, including online, and provide protection to those at risk;

(f)  Take measures to ensure public recognition of the positive role that human rights defenders play in society, including in particular by government and political figures;

(g)  Request that the Office of the Commissioner for Fundamental Rights considers issuing a report on civil society space in Hungary with recommendations for the government on ensuring an enabling environment. 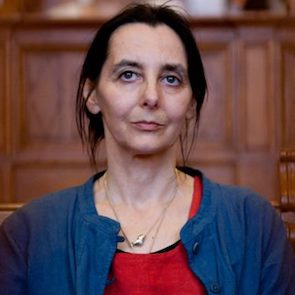