The thirty-eight undersigned human rights and civil liberties organisations are gravely concerned by the continued arbitrary detention of Mr. Amade Abubacar, a community radio journalist at the state-owned Rádio e Televisão Comunitária Nacedje de Macomia, in Cabo Delgado province. We urge the Mozambican authorities to immediately and unconditionally release him and allow all journalists to operate safely and freely.

Amade has been in detention since 5 January, when he was arrested by police officers of Macomia district without a warrant. At the time of his arrest Amade was interviewing people who fled their homes due to intensification of violent attacks carried out by individuals believed to be members of an extremist group. The police handed him over to the military who took him to a detention facility in Mueda district, where he was held incommunicado for 12 days. During his 12 days in military incommunicado detention, Amade was allegedly subjected to different forms of ill-treatment, which may amount to torture. On 25 January, Amade told representatives of the Mozambican Bar Association that military officers violently shook his body several times and forced him to sleep handcuffed. He also confirmed he had been deprived of food for a few days. Under Mozambican law, military personnel are prohibited from holding detainees in military barracks. Suspects detained during military operations must be handed over to police, who will proceed with arrests and either release the suspects or charge them within 48 hours. Amade is currently being held at the Mieze prison in Pemba, where prison authorities deny him visits from his family. A date for his trial has not been scheduled.

Authorities are reportedly investigating Amade for “public incitement using electronic media” and “violation of State secrecy” under articles 322 and 323 of Mozambique’s Penal Code. However, he is yet to be formally charged with a recognizable criminal offence or put on trial. According to article 308, §1°, N° 3, of the Criminal Procedural Code, a person cannot be held in pre-trial detention for more than 90 days after their arrest. His arrest and continued detention therefore violates the Mozambican constitution, as well as the country’s obligations under the International Covenant on Civil and Political Rights to respect and protect the rights to freedom of expression and due process, which includes the right to be presumed innocent until proved guilty according to law.

The detention of Amade is part of a pattern of harassment and repression of journalists in Cabo Delgado province documented by media and human rights groups. United Nations human rights experts Mr. David Kaye, Special Rapporteur on the promotion and protection of the right to freedom of opinion and expression and Mr. Seong-Phil Hong, Chair-Rapporteur of the Working Group on Arbitrary Detention say the arrest of Amade could have “a chilling effect on the exercise of the right to freedom of expression in Mozambique.” The northern districts of Cabo Delgado province have experienced violent attacks since October 2017. As the attacks escalated at the end of 2018, the government increased its military presence in the region, who have intimidated and prevented journalists from reporting the situation on the ground.
On 18 January, Germano Daniel Adriano, journalist at the Rádio e Televisão Comunitária Nacedje de Macomia, was arrested in Macomia district and is currently detained at Mieze prison awaiting trial. In December 2018, Estacio Valoi, an investigative journalist, and David Matsinhe, a researcher at Amnesty International, were arrested by the military and held incommunicado for two days in Mocímboa da Praia district, accused of spying and aiding and abetting the extremist group. They were released without charges, but their equipment remains confiscated by the military for “further investigation.” And in June 2018, Pindai Dube, a journalist for eNCA, was arrested by police in Pemba and accused of spying. He was released three days later without charges.
We urge the Mozambican authorities to end arbitrary arrests and detentions of journalists and immediately and unconditionally release Amade Abubacar who is a prisoner of conscience detained solely for his work as a journalist. We also urge the Mozambican authorities to investigate the alleged ill-treatment of Amade while he was in military detention and hold all those responsible to account. Taking these actions would mark an important step towards ensuring press freedom and guaranteeing the right to freedom of expression in Mozambique.
Signatory organizations:
Africa Freedom of Information Centre
African Freedom of Expression Exchange (AFEX)
Africans Rising
Amnesty International
Association for Media Development in South Sudan
Association of Concerned Africa Scholars
Center for Media Studies and Peace Building
Committee to Protect Journalists
Federação de Jornalistas de Língua Portuguesa
Freedom of Expression Institute
Friends of Angola
Front Line Defenders
Human Rights Network for Journalists in Uganda
Human Rights Watch
International Federation for Human Rights (FIDH), under the Observatory for the Protection of Human Rights Defenders
International Press Centre
Institute for Media and Society
Journaliste en danger
Legal and Human Rights Centre
Le syndicat national des professionnels de la presse de Côte d'Ivoire (SYNAPP-CI)
Kenya Editors Guild
Kenya Union of Journalists
Media Council of Tanzania (MCT)
Media Foundation for West Africa (MFWA)
Media Rights Agenda
Media Institute of Southern Africa - MISA
MISA Zimbabwe
Premium Times Center for Investigative Journalism (Nigeria)
Reporters sans frontiers
Solidariedade Moçambique (SOLDMOZ-ADS)
South African National Editors’ Forum (SANEF)
Southern African Editors' Forum (SAEF)
The African Editors Forum (TAEF)
The Coalition for Whistleblower Protection and Press Freedom (CWPPF)
Vanguard Africa
West African Journalists Association
World Organisation Against Torture (OMCT), under the Observatory for the Protection of Human Rights Defenders
#ReageMoçambique 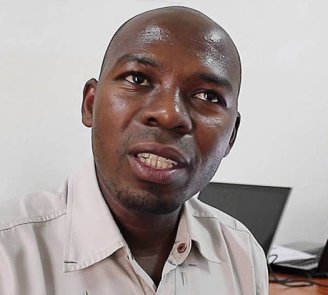