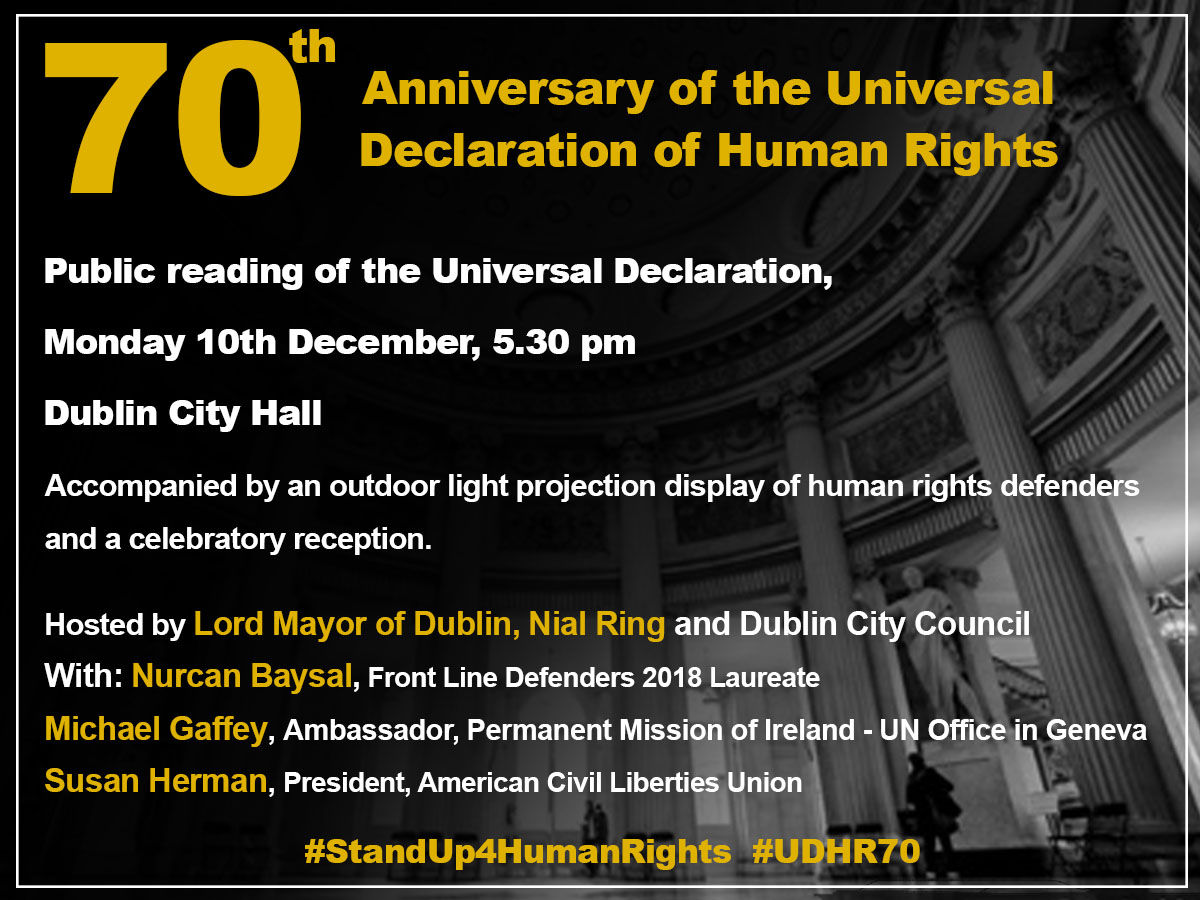 On the evening of the launch, 10 December, more than 10 capital cities across Europe will host readings of the Universal Declaration of Human Rights.

Also, to mark the 20th Anniversary of the Declaration on Human Rights Defenders, Front Line Defenders and the Department of Foreign Affairs, in partnership with Dublin City Council, will stage a lights projection showing the faces of imprisoned, threatened and at-risk human rights defenders (HRDs) from around the world, shining on Palace Street Building beside City Hall.

Lord Mayor of Dublin Nial Ring will read from the Universal Declaration of Human Right on the steps of City Hall at 6pm. Passages will also be read by:

The Universal Declaration of Human Rights was proclaimed 70 years ago by the United Nations General Assembly in Paris on 10 December 1948. It affirms the rights of all people to work, asylum, nationality, and a fair trail; to freedoms including movement, assembly, association, opinion and expression; and to live free from slavery, torture, arbitrary arrest and discrimination.

In the 70 years since the UDHR was established, grassroots human rights defenders around the world have succeeded in realizing many of these rights for their communities despite the violent, often lethal risks they face in their struggles. In recognition of the need to protect activists leading human rights movements around the globe, the UN adopted the Declaration on Human Rights Defenders in 1998, the 50th anniversary of the UDHR.

In the 20 years since the Declaration on Human Rights Defenders was adopted, HRD’s have received global recognition for their critical work on issues ranging from LGBT rights to land and environmental protection. At the same time, Front Line Defenders has documented consistent and targeted attacks against HRDs in almost every country in the world.