On 20 August 2019, the decision to evict the 700 families living in the Marielle Vive Camp was suspended for 90 days by the São Paulo Justice Tribunal.

During the process, the Public Defender of the State of São Paulo asked for the decision to be overthrown, given the absence of necessary legal requirements - such as the spacial delimitation of the area to be evicted.

On 12 August 2019, a judge ordered the eviction of the 700 families living and working at the Marielle Vive Camp, organised by the Movement of Landless Rural Workers (MST) at the Eldorado Farm, in Valinhos. The residents were given 15 work days to leave their homes.

The Camp was established by human rights defenders on 14 April 2018. The Sao Paulo Justice Tribunal determined that the alleged owners of the farm could not prove that they exercised possession over the territory – which provided the legal grounds for defenders to continue the occupation.

However, on 12 August 2019, a first instance judge ruled that the families and defenders were to be evicted, based on an expired cattle lease. This decision fails to comply with legal requirements, one of which is the organisation of a preliminary meeting with the Camp’s residents to discuss alternative ways to solve the dispute.

On the morning of 18 July 2019, human rights defender Luis Ferreira da Costa was killed by a pickup driver while he protested for access to water in Valinhos, Sao Paulo. Four hundred residents of the Marielle Vive Camp participated in the protest to demand municipal authorities to grant access to water, health and education to their community, and distributed food and pamphlets to cars who passed by.

The Marielle Vive Camp was established by 700 families of the Movement of Landless Rural Workers in April 2018, on the margins of the Jequitiba road, at the Fazenda Eldorado Empreendimentos Ltdaa farm that is not in operation. Currently, there are more than 1000 families living and working at the Camp, which also comprises a school for adults, women's rights groups and male and female soccer teams.

The Movement of Landless Rural Workers (MST) is the largest social movement pressuring for the agrarian reform in Brazil, to fight the country’s historically high land concentration and the human rights violations associated with it. The camps and settlements organised by rural workers and human rights defenders are characterised by sustainable family agriculture and commercialisation of produce surplus, and they are often responsible for the supply of grains and vegetables in surrounding cities.

The Brazilian agribusiness model has promoted inequalities, human rights violations, as well as adverse environmental impacts, putting biodiversity at risk. This increasingly impedes the efforts and resistance of those creating alternative forms of living  and working on the land – such as the ones proposed by MST, which have been recognised all over the continent. MST is present in 24 states in the five regions of the country. Overall, there are about 350,000 families who have secured land through the struggle and organisation of MST members.

During the protest in Valinhos on 18 July 2019, a man driving a Mitsubishi L200 pickup truck broke through a road blockage driving against traffic at high speed into the protesters, killing 72 year-old Luis Ferreira da Costa and injuring a journalist and three other individuals. Human rights defender Luis Ferreira da Costa died on his way to a health assistance unit. After the attack, the driver showed the protesters that he was carrying a fire weapon, and ran away. Witnesses testified that the driver and passenger affirmed that they would “run over” the protesters. Hours later, the Civil Police was able to identify and arrest the driver.

On 20 July 2019, MST members gathered in Valinhos in a protest against rural violence and the smear campaign against the movement. They sought to draw attention to the growing intimidation and criminalisation against popular movements in Brazil, which are being translated into public policies.

The president of the Sao Paulo state level Council for Human Rights (Condepe) stated that the investigation following the attack should take into account the context of hate speech and institutional violence against social movements, and that this crime is “the expression of a death policy”.

Since President Jair Bolsonaro’s campaign and subsequent election in 2018, he has made a series of public statements against the MST, including that they were terrorists and should be “treated with bullets”. He has also been responsible for promoting policies that incite violence and impunity, such as the relaxation of the country's firearms laws and the dismantling of human rights and agrarian reform institutions.

Such measures and statements legitimise those who act violently against members of MST, as the attack on 18 July demonstrates. Front Line Defenders is particularly worried at the security and safety of MST camps and settlements in Brazil, and notes with concern the increased risk they are under.

State authorities should publicly recognise the positive and legitimate role of human rights defenders in a democratic society and ensure that public officials refrain from engaging in stigmatisation, smear campaigns, and hate speech against human rights defenders, and publicly apologise when they do so.  Front Line Defenders calls on the government of Brazil to condemn the attack against land rights defenders in Brazil, in particular when targeted against the peaceful and legitimate work of MST and its members, and asks national and state level authorities to take immediate measures to ensure their protection. 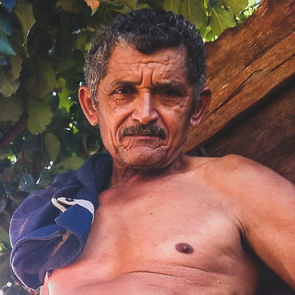 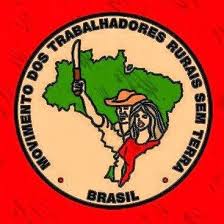