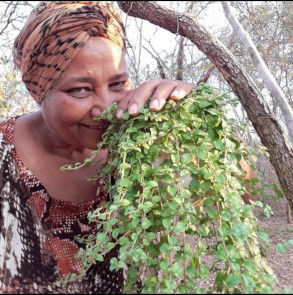 "It is my mission to impede the deforestation of the Cerrado, this is why I have given my voice and my body to this struggle".

Maria Izabel da Silva Francisco is a woman human rights defender, environmentalist and trade unionist from Varzelândia, Minas Gerais, in Southeast Brazil. She is currently a member of the Movimento de Trabalhadores e Trabalhadoras do Campo (MTC). Izabel das Ervas, as she is mostly known, has been committed for long time to the protection of nature and the environment. Born in 1964, Izabel started her activism in the 1980s within the Ecclesiastical Communities and as part of the Rural Workers Union of Minas Gerais (STTR – MG).

During the 1990s, Izabel went to the Rio dos Bois Community in the northern state of Tocantins, where she supported small farmers and peasants who were facing injustices perpetrated by local landowners. In 1994, Izabel moved to São Paulo, where she joined the Central de Movimentos Populares (CMP).Maria Izabel has been a key figure in the organisation of peasants in Minas Gerais, challenging the interests of large landowners by promoting debates around living conditions, staying in the disputed land and denouncing the illegal deforestation that has became a common unlawful practice in the Brazilian Cerrado. Because of her work defending the rights of rural workers and the environment, Izabel das Ervas has been the target of threats, intimidation and attacks to her house and to her animals. In recent years, the violence has increased. The Cerrado has seen an intensification of agrarian conflicts, environmental deregulation and deforestation growth, with the intentional support of sectors of the Brazilian government. As a result, Izabel das Ervas has been facing a defamation campaign aimed at disqualifying her actions, a tactic often used against women human rights defenders who place themselves at the fore front of the resistance to human rights violations.