About Sherwin De Vera
Status:
Released
About the situation

On 10 January 2018, environmental rights defender Sherwin De Vera was released from jail on bail. He was arrested on 12 December 2017 and charged with rebellion. 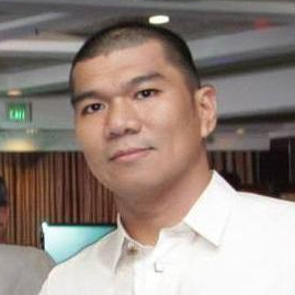 Sherwin De Vera is the coordinator of Defend Ilocos, a regional environmental network in North Western Philippines affiliated with Kalikasan People’s Network for the Environment. Defend Ilocos played a key role in leading the Save the Abra River Movement (STARM), which led protests against the detrimental effects of the continued operations of the Lepanto Mining Company on the local communities’ right to a safe and healthy environment in Ilocos Sur. Defend Ilocos is also involved in mobilizing and organizing against the proposed setting up of a coal-fired power plant in Luna, La Union. The human rights defender is also a former worker of Filipino human rights NGO Karapatan.

UPDATE: On 10 January 2018, environmental rights defender Sherwin De Vera was released from jail on bail. He was arrested on 12 December 2017 and charged with rebellion.

On December 12, around 6.30pm, Sherwin De Vera was arrested by the Philippine National Police (PNP) when he was on board a bus to his home in Bantay, Ilocos Sur. The PNP stopped the vehicle at a checkpoint, found Sherwin De Vera, and informed him that he was being arrested. The police failed to produce a warrant when Sherwin De Vera demanded to see a copy. He was verbally informed that a rebellion case had been filed against him. He was shown a copy of the complaint, Case no 2014-155., allegedly filed in the Province of Abra on 4 September 2014, when he was brought to the PNP office. Since then, three additional cases have been opened against Sherwin De Vera. In the fours cases, he is being charged with one count of rebellion, one count of attempted murder, 28 counts of attempted murder, and 20 counts of attempted murder. All the incidents he is allegedly charged with are from 2014, when Sherwin De Vera took over the coordination of Defend Ilocos. He is currently detained in Abra Provincial Jail.

Previously, on 18 July 2017, Sherwin De Vera was followed by men in military uniforms in Vigan City. The following day, he learned that army personnel had enquired about his activities at the city’s university after he visited their campus.

Environmental, land and indigenous rights defenders have been increasingly targeted in Philippines with threats, attacks, intimidation and harassment from military agents as part of a larger crackdown on civil society. The use of trumped-up charges to jail human rights defenders through perjured testimonies, defective warrants, and false charges is becoming more frequent.

Front Line Defenders strongly condemns the arrest of, and charges against, human rights defender Sherwin De Vera, which it believes are solely motivated by his peaceful and legitimate human rights work.

Front Line Defenders urges the authorities in the Philippines to:

1. Immediately and unconditionally release Sherwin De Vera as Front Line Defenders believes that he is being held solely as a result of his legitimate and peaceful work in the defence of human rights;

2. Immediately ensure that all charges against him are dropped, that the cases are closed, and that there be no further forms of harassment against Sherwin De Vera as it is believed that this pressure is not only related to his legitimate human rights activities but, furthermore, constitute a direct transgression of the rights of the human rights defender;

3. Cease targeting all human rights defenders in the Philippines and guarantee in all circumstances that they are able to carry out their legitimate human rights activities without fear of reprisals and free of all restrictions, including judicial harassment.