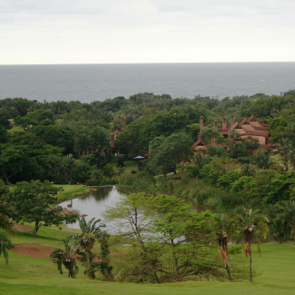 Philippe Busimba is a human rights defender who has worked in civil society organisations in Goma, DRC since 2009. He currently works at Civil Bridge, an umbrella organisation that coordinates 77 local organisations in a coalition. Civil Bridge works for peace and development in North Kivu. Most recently Philippe Busimba was documenting cases of human rights violations in Rutshuru, including instances of exploitation and harassment of the local population by the FARDC. Furthermore, he had uncovered instances of collaboration in acts of harassment, intimidation, and exploitation of the local population around the Virunga National Park by some members of the FARDC and members of the Democratic Forces for the liberation of Rwanda (FDLR), a Rwandan rebel group based in the east of the DRC.

On 4 January 2017, Philippe Busimba and his colleagues received word from members of FARDC that one of their members, named Suleiman, and a number of his colleagues planned to rent a car and travel to Goma to kidnap him. They sought to do so as he was threatening their interests in the North Kivu region, following his recent human rights monitoring work. Due to these threats, the human rights defender is currently in hiding.

Front Line Defenders is seriously concerned for the safety of human rights defender Philippe Busimba, and believes the death, kidnapping  and extorsion threats to be in retaliation for his legitimate and peaceful work in the defence of human rights. Front Line Defenders recognizes that the death threats against Philippe Busimba are part of a larger pattern of harassment and threats targeting human rights defenders in the DRC which follows in the wake of the assassination of Marcel Tengeneza and Father Vincent Machozi in the province of North Kivu this year.

Front Line Defenders urges the authorities in DRC to:

1. Take all necessary measures to guarantee the physical and psychological integrity and security of Philippe Busimba;

2. Carry out an immediate, thorough and impartial investigation into the death and kidnapping threats against Philippe Busimba, with a view to publishing the results and bringing those responsible to justice in accordance with international standards;