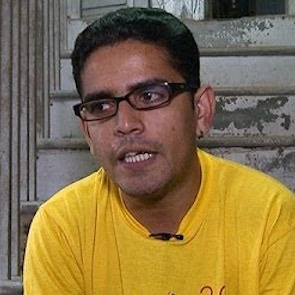 On 18 November 2016 around 5 pm, Maria Chin Abdullah and Mandeep Singh were detained without a warrant by police officers and taken to the Petaling Jaya district police station. Maria Chin Abdullah was later transferred to an undisclosed location. The human rights defenders were detained following a raid of Bersih 2.0 offices conducted by10 police officers and four officers from the Malaysian Communications and Multimedia Commission (MCMC) . No search warrant was presented during the raid. The police confiscated 10 laptops, two boxes of documents related to Bersih’s bank accounts, the identity card, payroll and mobile phone of Maria Chin Abdullah and Mandeep Singh. It was said at that time that Bersih 2.0 is being investigated under Section 124(c) of the Penal Code for activities ‘detrimental to parliamentary democracy’. If charges are confirmed, they face up to 15 years imprisonment.

On 20 November 2016, Maria Chin Abdullah was brought  to Dang Wangi station in Kuala Lumpur to meet with her lawyer and family. Maria Chin Abdullah told her lawyer that she had been held in solitary confinement in a 15×8 foot cell without any windows or bed, and that lights had been kept on 24 hours a day. According to her lawyer, Maria Chin Abdullah has been placed in detention under the Security Offences (Special Measures) Act or SOSMA. Under SOSMA, the authorities are permitted to hold a suspect for 28 days without charges. Bersih 2.0 is preparing a habeas corpus application to challenge the legality of the detention of Maria Chin Abdullah and the application of SOSMA. Mandeep Singh was released on bail the same day.

Previously, on 17 October 2016, Maria Chin Abdullah received death threats presumably from Islamic State Malaysia threatening to kill her, her three sons, Mandeep Singh and Ambiga Sreenevasan if the human rights defenders continue their work. The threats also referred specifically to the Bersih 5 Rally that the human rights defenders organised, and that was held on 19 November 2016, calling for government reform and transparency.

Front Line Defenders condemns the arbitrary detention of Maria Chin Abdullah and Mandeep Singh and urges the Malaysian government to immediately and unconditionally release Maria Chin Abdullah as it believes that she is being held solely as a result of her legitimate and peaceful work in the defence of human rights. Front Line Defenders urges Malaysian authorities to drop the investigation against Bersih 2.0 and return the equipment and documents confiscated during the raid, as they are manifestly not linked to any criminal activity.

Maria Chin Abdullah and Mandeep Singh are, respectively, chairperson and Secretariat Manager of Bersih 2.0. Bersih is a coalition of NGOs advocating for reforms of the electoral system in Malaysia in order to ensure free and fair elections. Founded in 2006, the coalition has organised three rallies calling for a transparent electoral process and raising awareness of what they consider flaws of the electoral system. Datuk Ambiga Sreenavasan is the president of the National Human Rights Society (Hakam) and member of the executive committee of the Women's Aid Organisation. She was also the former president of the Malaysian Bar, an independent Bar whose aim is to uphold the rule of law and justice.

On 17 October 2016 at 9:47 p.m, Maria Chin Abdullah received extremely violent and graphic Whatsapp messages threatening to kill her, her three sons, Mandeep Singh and Ambiga Sreenevasan if the human rights defenders continue their work. The threat also refers specifically to the Bersih 5 Rally that the human rights defenders are organizing for 19 November, 2016. The message warns: “you listen carefully.. i will not repeat. i am giving last warning to you. do not continue you stupid intention to organize the bersih rally”.  The author of the message directly threatens the human rights defenders and their families, saying  “i will not hesitate to whack you till pieces and also willing to slaughter you [...] ambiga pandikutty and […] mandeep. [...] i know who you are, i know where you stay, and i also know who are your family and your children… i will fight to the end against your stupid work.. remember!!!! no more warnings!!!! this warning is from islamic state malaysia…”

Front Line Defenders condemns the death threats against Maria Chin Abdullah, Mandeep Singh and Ambiga Sreenevasan, as it believes the actions against them to be motivated by their legitimate and peaceful human rights activities in Malaysia.

Front Line Defenders urges the authorities in Malaysia to:

1. Carry out an immediate, thorough and impartial investigation into the death threats against  Maria Chin Abdullah, Mandeep Singh and Ambiga Sreenevasan, with a view to publishing the results and bringing those responsible to justice in accordance with international standards;

2. Take all necessary measures, in consultation with the defenders, to guarantee the physical  integrity and security of  Maria Chin Abdullah, Mandeep Singh and Ambiga Sreenevasan and of their families;