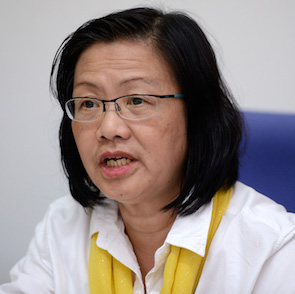 Maria Chin Abdullah and Mandeep Singh are, respectively, chairperson and Secretariat Manager of Bersih 2.0. Bersih is a coalition of NGOs advocating for reforms of the electoral system in Malaysia in order to ensure free and fair elections. Founded in 2006, the coalition has organised three rallies calling for a transparent electoral process and raising awareness of what they consider flaws of the electoral system. Datuk Ambiga Sreenavasan is the president of the National Human Rights Society (Hakam) and member of the executive committee of the Women's Aid Organisation. She was also the former president of the Malaysian Bar, an independent Bar whose aim is to uphold the rule of law and justice.

On 17 October 2016 at 9:47 p.m, Maria Chin Abdullah received extremely violent and graphic Whatsapp messages threatening to kill her, her three sons, Mandeep Singh and Ambiga Sreenevasan if the human rights defenders continue their work. The threat also refers specifically to the Bersih 5 Rally that the human rights defenders are organizing for 19 November, 2016. The message warns: “you listen carefully.. i will not repeat. i am giving last warning to you. do not continue you stupid intention to organize the bersih rally”.  The author of the message directly threatens the human rights defenders and their families, saying  “i will not hesitate to whack you till pieces and also willing to slaughter you [...] ambiga pandikutty and […] mandeep. [...] i know who you are, i know where you stay, and i also know who are your family and your children… i will fight to the end against your stupid work.. remember!!!! no more warnings!!!! this warning is from islamic state malaysia…”

I condemn the death threats against Maria Chin Abdullah, Mandeep Singh and Ambiga Sreenevasan, as I believe the actions against them to be motivated by their legitimate and peaceful human rights activities in Malaysia.

1. Carry out an immediate, thorough and impartial investigation into the death threats against  Maria Chin Abdullah, Mandeep Singh and Ambiga Sreenevasan, with a view to publishing the results and bringing those responsible to justice in accordance with international standards;

2. Take all necessary measures, in consultation with the defenders, to guarantee the physical  integrity and security of  Maria Chin Abdullah, Mandeep Singh and Ambiga Sreenevasan and of their families;