On 17 June 2019, a number of attempts were made to hack social media and email accounts of the human rights organisation PROMEDEHUM. This is not the first time that the organisation has faced cyber attacks. 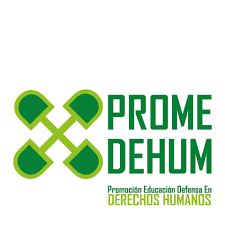 On 17 June 2019, a number of hacking attempts were made against the social media pages and email of human rights organisation PROMEDEHUM. This is not the first time that the organisation has suffered cyber attacks.

The Promoción, Educación y Defensa en Derechos Humanos – PROMEDEHUM (Promotion, Education and Defence of Human Rights) was founded by human rights defender Rigoberto Lobo in 2016. The organisation is focused on assisting victims of human rights violations, mainly in Mérida, and is also involved in workshops and lectures to civil society on a number of issues related to the use of lawful and peaceful means to denounce human rights violations.

During the morning of 17 June, human rights defenders members of PROMEDEHUM noticed a number of attempts at hacking their social media pages and email accounts. They received successive coded messages and verification requests for password changes. After a careful digital security analysis, the possibility of an error was discarded, leading the defenders to believe that this was an orchestrated attack.

This is the latest of a series of digital security incidents that members of PROMEDEHUM have gone through over the past months. The organisation’s work phones have been receiving suspicious messages that were allegedly sent from a transport company that asked them to verify numbers and click on links to receive packages, even though there were no deliveries to be made to PROMEDEHUM. Moreover, a number of requests to change passwords were received, without connection to the work of the defenders from the organisation.

The organisation experienced a drop on their security levels after the latest energy blackout in Venezuela. During the blackouts, there were no phone connections, which prevented members of PROMEDEHUM from verifying logins to their emails and social media pages through text messages.

Front Line Defenders condemns the cyber attacks against PROMEDEHUM, and remains concerned at the situation of vulnerability on the digital protection of human rights defenders and organisations amidst the current political and social crisis of Venezuela, which has affected their access to electric energy.