About Siddique Eido
Status:
Killed
About the situation

Siddique Eido was abducted on 21 December 2010, while travelling back from a court appearance in Gwadar, and his body was found in April 2011. 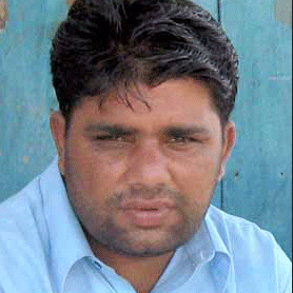 Siddique Eido was a member of the Human Rights Commission of Pakistan (HRCP) in Balochistan province. He was working on cases of human rights violations in Balochistan.

On 28 April 2011 the bodies of human rights defender and journalist Mr Siddique Eido and member of a student organisation Mr Yousaf Nazar were found in Ormara, Balochistan. Both bodies showed visible marks of torture and both men had been shot in the head. Siddique Eido was a member of the Human Rights Commission of Pakistan (HRCP) in Balochistan province and Yousaf Nazar was a member of the Baloch Students Organization (Azad). The families have received ongoing threats not to pursue the cases.

On 21 December 2010 Siddique Eido and Yousaf Nazar were travelling back from a court appearance in Gwadar, accompanied by four policemen, when they were abducted by men in state security forces uniforms. According to those who witnessed the abduction the perpetrators were using vehicles similar to those used by the state security forces.

Former Chairperson of the Human Rights Commission of Pakistan, and current President of the Supreme Court Bar Association of Pakistan, Ms Asma Jahangir, visited Balochistan in recent months and raised the case of Siddique Eido with the Inspector General of the Frontier Constabulary (FC), a federally-controlled paramilitary force. The HRCP filed the disappearance case before the Supreme Court of PakistanNo action was taken to identify those responsible and bring them to justice. The HRCP has requested a copy of the case file, together with all relevant papers.

Furthermore it is reported that the families have been threatened that if they continue to pursue the cases they will meet the same fate.

Siddique Eido is the second member of the HRCP to be killed in 2011. His murder follows that of Mr Naeem Sabir, HRCP Coordinator in Khuzdar district, who was killed on 1 March 2011. Front Line believes that the killing of Siddique Eido is directly related to his peaceful and legitimate work in defence of human rights. Front Line is concerned for the physical and psychological integrity of Siddique Eido's family members and all members of the HRCP.