About Pablo Salinas Cavalotti
Status:
Threatened
About the situation 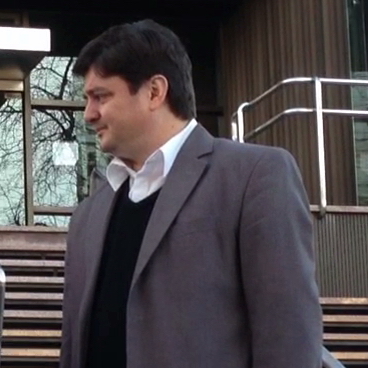 Pablo Salinas is a human rights lawyer involved in trials for crimes against humanity in Mendoza.

The destruction of a human rights monument in Mendoza is seen by local human rights lawyers as the latest in a series of threats and defamations against them.

Human rights lawyers Messrs Diego Jorge Lavado, Pablo Salinas Cavalotti, Alfredo Guevara, and the federal prosecutor Dante Vega,involved in a high-profile trial for crimes against humanity in Mendoza, have been repeatedly targeted by defamatory posters and threats for the past month. It is within this very tense context that in the early morning of 19 November 2012, unknown vandals destroyed the monument to Truth, Justice and Memory located opposite the Federal Courts building in Mendoza.

The destruction of the monument is perceived by human rights organisations in Mendoza as a new way to intimidate them, in addition to the defamation campaign against aforementioned human rights defenders and the threats received by other persons involved in the trial, including a member of the court of appeals and a relative of one of the victims.

The monument to Truth, Justice and Memory consists of several marble tablets inscribed with the names of victims of human rights violations during the last Argentinian military dictatorship. On 19 November, they were found to have been destroyed, leaving some of the tablets broken and others smashed to bits.

On the morning of 7 November 2012 new defamatory posters appeared throughout several areas of Mendoza in what appears to be an ongoing smear campaign to discredit several human rights lawyers.

The posters contain claims that human rights lawyers Pablo Salinas Cavalotti, Diego Lavado and Alfredo Guevara, and prosecutor Dante Vega defend criminals while posing as human rights lawyers. These legal professionals are all involved in trials for crimes against humanity in Mendoza.

The posters appeared in the morning of 7 November 2012, and were brought to the attention of Pablo Salinas by the sister of Alfredo Guevara, who was alerted to their presence. The posters are numbered in their hundreds and have been put up in public spaces as well as in the windows of commercial businesses throughout Mendoza and the adjoining towns of Godoy Cruz and Guaymallén. It is reported that several old women visited businesses door-to-door, asking them to put the posters up in their storefront windows. They contain texts including: “These are the merchants of “human rights”. Meet the lawyers who defend and liberate the delinquents who have us living behind bars, in fear. (..) If you have a business, (..) do not serve them. It is time to start our fight.. the fight of the good people.” The posters also show the human rights defenders' photos and their full names.

The appearance of the posters follows the appearance of similar defamatory posters against Dr. Diego Lavado on 19 October 2012. At that time they were believed to have been motivated by Dr. Diego Lavado’s opposition to a new security law restricting the rights of prisoners. However, it is now believed that they aim to discredit the human rights lawyers and the prosecutor in question due to their roles in a trial for crimes against humanity in Mendoza. This is further supported by the threats reportedly received by a member of the court of appeals involved in the case. It is believed that right-wing groups and families of individuals accused in the trial may be the source of the posters.

Front Line Defenders is concerned by the appearance of these new posters, which put these human rights lawyers and legal professionals at risk through their incitement to retaliation against them. As such, Front Line Defenders reiterates its call on the Argentinian authorities to ensure that the ongoing investigation be impartial, thorough and exhaustive.