About Nelly Amaya
Status:
Killed
About the situation

On 16 January 2016, unidentified gunmen killed human rights defender Ms Nelly Amaya in her home town of San Calixto, in the department of Norte Santander. Nelly Amaya's assassination follows the killing of another member of MOVICE, Mr Daniel Abril, on 13 November 2015, in his home town of Trinidad, in the department of Casanare. The attack also comes in the wake of a recent dissemination of threatening pamphlets against MOVICE, aimed at stopping their peaceful and legitimate human rights work in Colombia. 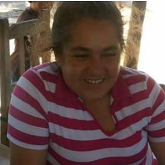 Nelly Amaya was a human rights defender, political activist and mother of three children. She was a member of Asociación Campesina del Catatumbo – Ascamcat (Peasant Association of Catatumbo), created in 2005 to promote the land rights of campesinos and indigenous communities in the Catatumbo region of Colombia and to defend their access to natural resources. She was also a member of the Norte Santander chapter of the Movimiento de Víctimas de Crímenes de Estado – MOVICE (Movement of Victims of State Crimes), a national human rights organisation working with victims of armed conflict, that monitors and seeks justice for human rights violations committed by the State and paramilitaries.

Nelly Amaya's assassination follows the killing of another member of MOVICE, Mr Daniel Abril, on 13 November 2015, in his home town of Trinidad, in the department of Casanare. The attack also comes in the wake of a recent dissemination of threatening pamphlets against MOVICE, aimed at stopping their peaceful and legitimate human rights work in Colombia.

“Ascamcat is concerned about these episodes of violence in the region, particularly as they take place amidst the peace process between the national government and the rebel groups. We firmly believe that all the efforts to achieve peace should go towards respecting and saving the lives of all the citizens, supporting community leaders and human rights defenders who are working to bring about peace and social justice (…). We cannot achieve peace only signing an agreement, we first need the full respect of all the human rights, for all the citizens, beginning from the most important one: life”, Asociación Campesina del Catatumbo wrote in a press release, condemning Nelly Amaya's assassination.

In December 2015, the Colombian government and the rebel group FARC (the Revolutionary Armed Forces of Colombia) signed an agreement to compensate victims of the armed conflict, set up a truth commission and special tribunals, investigate war crimes and hold the perpetrators accountable for their crimes. It's an important step in the peace process. The two sides have already reached agreements on land restitution, political participation, illegal drug trade and transitional justice. The last point left to discuss is the FARC's demobilization and disarmament, and – according to the negotiators – a final deal could be sealed in March.

Despite the success of the peace process, the situation remains dire. In 2015, at least 54 human rights defenders were killed in Colombia, which worldwide was the country where most of the targeted killings took place.

“The administration of President Juan Manuel Santos consistently condemns these attacks, but lack of effective investigations means perpetrators are rarely arrested. The killing of HRDs continues because of a lack of real political will to do anything about it”, says Mary Lawlor, Executive Director at Front Line Defenders.