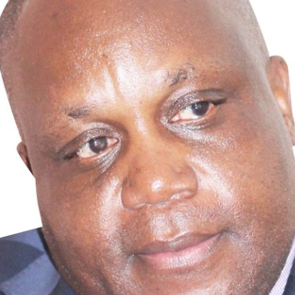 On 23 June 2016, at approximately 5 pm, Keiso Mohloboli received a phone call from the police requesting her whereabouts. She told them her location and shorrtly afterwards two policemen arrived to escort her to police headquarters in Maresu, where she was questioned by a group of six police officers, led by the Assistant Commissioner of Police. At approximately 10 pm the human rights defender was released on the condition that she write an apology letter to the LDF Lieutenant General, Tlali Kamoli, and a public apology letter in both the Lesotho Times and the Sunday Express Newspapers for the aforementioned article.

On 24 June 2016, Keiso Mohloboli met Lloyd Mutungamiri at the Lesotho Times office to write the letters requested by the police. Shortly thereafter, three police officers arrived and took both human rights defenders to Mabote police station in Maseru where they were questioned and asked to disclose their sources for the article. They were both denied access to their lawyers, despite requests. Keiso Mohloboli was subsequently released without condition, while Lloyd Mutungamiri was released after the police took his passport and told him to return on 27 June 2016. Lloyd Muntungamiri reported to the police on this date and was questioned further before his passport was returned to him and then released.

On 5 July 2016, Lloyd Muntungamiri and Basildon Peta reported to the police for a follow-up meeting. Basildon Peta was subsequently transported to Magistrate Court and charged with crimes of defamation and crimen injuria a wilful injury to dignity, under Section 104 of the Penal Code Act No 6 of 2010. These charges are specifically related to the publication of the Lesotho Times weekly satirical column known as Scrutator. The authorities alleged that a recent publication in Scrutator negatively affected the reputation of LDF Lieutenant General, Tlali Kamoli.

On 9 July 2016, Lloyd Mutungamiri was shot four times by unknown assailants outside his home in Ha Thamae, Maseru. He is currently in critical condition at the Queen Mamohato Memorial Hospital in Maseru where it is reported that police and security forces are stationed around his hospital bed.

Front Line Defenders believes that the judicial harassment of Keiso Mohloboli and Basildon Peta and the shooting of Lloyd Mutungamiri is directly related to their work in the defence of human rights and freedom of expression, in particular, Front Line Defenders sees this as part of an emerging pattern of harassment against freedom of the press and freedom of expression in Lesotho. Previously, in September 2014, after reporting on corruption in the police force, Lloyd Mutungamiri was charged with criminal defamation, although he was never brought to court. Front Line Defenders is concerned for the physical and psychological integrity of Lloyd Mutungamiri, Keiso Mohloboli and Basildon Peta as the harassment against them escalates.

Front Line Defenders urges the authorities in Lesotho to:

1. Provide the necessary medical treatment for Lloyd Mutungamiri and take all necessary measures to guarantee his physical and psychological integrity and security as he recovers in the hospital;

2. Carry out an immediate, thorough and impartial investigation into the shooting of Lloyd Mutungamiri, with a view to publishing the results and bringing those responsible to justice in accordance with international standards;

3. Drop the charges against Basildon Peta and cease targeting all human rights defenders in Lesotho while guaranteeing in all circumstances that they are able to carry out their legitimate human rights activities without fear of reprisals and free of all restrictions including judicial harassment.