About Lina Ben Mhenni
Status:
Judicial Harassment
About the situation

On 30 June 2016, Tunisian authorities ordered human rights defender Lina Ben Mhenni to report to the police station, in relation to her complaint filed in 2014, when members of the State Security verbally and physically assaulted her. Following the interrogation, Lina was charged with insulting a police officer and she is due to report for further questioning on 19 September 2016. 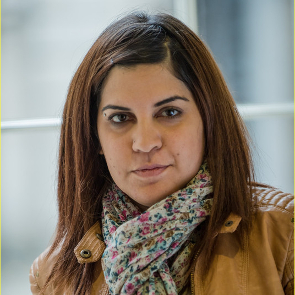 Lina Ben Mhenni is a Tunisian human rights defender and blogger who played an active role during the revolution of 2011. Through her blog and social media, she documents the ongoing protests as well as posting photos and video of activists injured throughout Tunisia. Her blog, as well as her Facebook and Twitter accounts, were censored under the Ben Ali regime. She advocates for human rights, particularily freedom of speech, the rights of women and of students, as well as campaigning against social problems. She is currently accompanied by a security guard on a daily basis, which the Ministry of the Interior has provided for her safety. Lina was the recipient of El Mundo International Journalism prize and Deutsche Wella International Blog Award in 2011, and the Sean MacBride Peace Prize in 2012.

On 30 June 2016, Tunisian authorities ordered human rights defender Lina Ben Mhenni to report to the police station, in relation to her complaint filed in 2014 when members of the State Security verbally and physically assaulted her. Following a complaint by one of the alleged attackers, Lina received a summons to appear before the Medenine's Court of First Instance in Djerba on 19 September 2016 for further questioning on a charge of insulting a police officer.

On 30 August 2014, officers of the State Security verbally and physically assaulted Lina at the National Security premises in Djerba. The human rights defender, who is under protective measures issued by the Ministry of the Interior, had arrived to Djerba without her security guard and had visited the State Security offices to inform them of her presence in Djerba. When she disclosed her identity as a human rights defender and said she was waiting for the security guard who was accompanying her, the security officers attacked her and started mocking her for the fact she was under protective measures.

On the same date, Lina reported the incident to the police but no action was taken. On 28 October 2014, her lawyer filed a petition to the prosecutor in Medenine governorate, in which he complained that no investigation of the case had been conducted since Lina reported the incident. He was informed that a meeting between Lina and the alleged abusers would take place in July 2015, but this did not occur on the scheduled date.