Listening in tongues: an invitation from a Brazilian defender

Some years ago I was introduced to the text “Speaking in Tongues: A Letter to 3rd World Women Writers”1 by Glória Anzaldua. In it, she encourages women's writing. The Chicana, feminist and lesbian scholar on cultural theory calls on women from the so-called ‘third world’ to write. She recognizes writing as a form of creation. Of survival.

Answering to her call, I write. This is a dialogue with Anzaldua, a letter in response to her. I put into words something that for months I believed to be individual and therefore, not worthy of writing, except in my nonexistent personal diary. I want to address here the women human rights defenders of the global south and also those who welcome us around the world.

Recognising myself as a defender was not easy, despite being an activist and agreeing with the articles of the Universal Declaration of Human Rights. It was only when my friend, a woman defender, was executed that I realized that we were fighting the same battles. Her life was taken away. We could have been together in that car in which she was shot. Taking a ride together while talking about the struggle, family, love and life were common. That day I was not there. That day Marielle Franco was taken from us.

I denied to myself and others that I needed to take a break. After some conversations and accepting their concerned advice, I decided to apply for a study permit to delve deeper into human rights. Only then, having a ‘training objective’, I allowed myself to slow down a little bit.

As part of my training, I was welcomed by a Rest and Respite program in Europe. It was not easy to leave my country, even for a short period of time, knowing that everyone else stayed behind. The feeling was one of escape, of lack of responsibility. Almost cowardice.

I promised to myself that I would multiply that opportunity, but I didn't know that it would be so difficult to keep this promise without mastering the English language. In my case, in most of the activities I had the support of a person from the team who translated everything into Spanish. Although I am Brazilian, I understand and speak Spanish fairly well, which is not always a reality in my country. But still, I asked myself several times: why don't any people in Europe speak Spanish to me? Couldn't they learn Spanish or is there a naturalization that everyone must speak English?

Despite all the welcome and rich learning I had in my experience as a defender abroad, in most activities I could not be heard in Portuguese or Spanish, and thus how genuinely could my genuine expression be heard? It was a very painful process.

Such pain gains special intensity when what you have convey something traumatic. Talking about a violation suffered by the defender herself, or by someone close to her, is to touch an open wound. In this scenario, linguistic reception is fundamental. Being able to speak in my language of my pains and fears is not secondary. In order to walk in the swamp of suffering from violations, I need my firm feet, my roots, my language. At that moment, the necessity of full interpretation becomes paramount.

I do not disagree with the importance of learning other languages. This is very rich. But why naturalize non-simultaneous translation, when we already have the technology, resources and partnerships for that?

When we speak of care and self-care, we must name that most opportunities, resources, and programmes available to human rights defenders are bound up with the hegemony of the English language. Most require some comprehension of English, or at least the willingness to act as though being under-heard for three months is not a big deal. English is a barrier that excludes and segregates defenders of the global south, especially women who, due to their long working hours, most of the time have not had the opportunity to study English.

I recall here the words of bell hooks, a Black author who invites us to transgress:

I suggest that we may learn from spaces of silence as well as spaces of speech, that in the patient act of listening to another tongue we may subvert that culture of capitalist frenzy and consumption that demands all desire must be satisfied immediately, or we may disrupt that cultural imperialism that suggests one is worthy of being heard only if one speaks in standard English.2

This text is more than a dialogue with Anzaldua, to whom I continue responding and thanking for this invitation to write. This text is an open invitation: May we hear in tongues! All languages! This should be a commitment for everyone. And as I continue with bell hooks,3 I understand the importance of publishing this article in English, because even though this is an oppressor's language, I need it to speak with you.

1 Speaking in Tongues: A Letter to 3rd World Women Writers by Gloria E. Anzaldúa. Published in Anzaldúa's feminist anthology This Bridge Called My Back: Writings by Radical Women of Color (1981).

3 On the same book, Bell Hooks quotes Adrienne Rich’s poem, “The Burning of Paper Instead of Children” referring to the particular line “This is the oppressor’s language yet I need it to talk to you.” 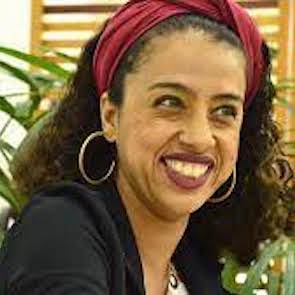