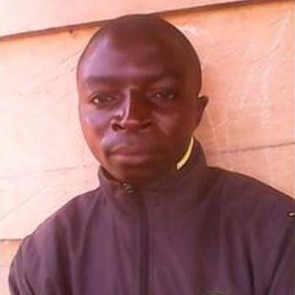 On 14 December 2016, Mr Marcel Tengeneza was shot and killed in Kirumba, North Kivu by two unidentified men who had intruded into his house.

Marcel Tengeneza worked in several different non-governmental organisations throughout his career as a human rights defender. Up until his assassination, he worked at the Regional Council of Development NGOs – Conseil Régional des ONG du Développement (CRONGD). It is reported that he had previously worked at the Program to Support the Development of people living in the rainforest, Pygmies too - Programme d’appui au développement des populations forestières en RDC, les pygmées aussi (PAP-RDC) and as the Vice President of a civil society coalition in Kirumba.

On the night of 14 December 2016 Marcel Tengeneza was in his home in Kirumba, North Kivu, when unidentified, armed men entered his home at approximately 8 pm and shot him. Marcel Tengeneza died instantly. Earlier that day, Marcel Tengeneza had attended a workshop organized by the Council of Elders under the guidance of The United Nations Organization Stabilization Mission in the Democratic Republic of the Congo – MONUSCO. The meeting was reportedly scheduled to discuss the security situation in the region, and how the movement of displaced peoples has been impacting local communities. According to Marcel Tengeneza’s colleagues, the human rights defender was targeted for his participation in this meeting.

I strongly condemn the killing of Marcel Tengeneza and recognise that his assassination is part of a larger pattern of targeting human rights defenders in the DRC and particularly in North Kivu, including the 2016 killing of Father Vincent Machozi in Butembo.

I urge the authorities in DRC to:

1. Strongly and immediately condemn the killing of Marcel Tengeneza;

2. Carry out an immediate, thorough and impartial investigation into the assassination of Marcel Tengeneza, with a view to publishing the results and bringing those responsible to justice in accordance with international standards;