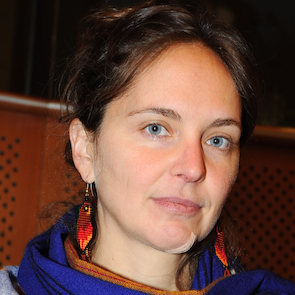 On 21 August 2015 after her application to reinstate her visa was denied, human rights defender Ms Manuela Picq's took the decision to leave Ecuador.

On the morning of 22 August 2015, Manuela Picq arrived in Rio de Janeiro, Brazil, from where she plans to re-initiate the visa application process in order to return to Ecuador.

The human rights defender was violently and arbitrarily arrested on 13 August 2015 during the Marcha de la Confederación de Nacionalidades Indígenas del Ecuador - CONAIE (March of the Confederation of Indigenous Nationalities of Ecuador) The following day she was informed that her 12VII type visa (cultural exchange) had been cancelled and she was taken to Hotel Carrión, a detention centre for illegal immigrants, to await her hearing. On 17 August 2015, Judge Gloria Pinza, from the Judicial Unit of Penal Guarantees, Minor Infractions and Youth Offenders (Unidad judicial de garantías penales, contravenciones y menores infractores), ruled that there were no grounds for Manuela's arrest, nor her deportation. However, despite this ruling, no decision was taken as to whether her visa would be reinstated and she was therefore left in a situation of uncertainty as to her legal status in the country. The human rights defender was also informed on 19 August that the Interior Ministry is to review the court ruling. This review has yet to take place.

On 20 August 2015, a hearing was held at 3pm at the Judicial Unit specialising in family, women and adolescence (Unidad Judicial especializada en la familia, mujer, niñez y adolescencia) in Quito regarding a petition filed by Manuela Picq seeking the reinstatement of her visa as a measure to ensure the protection of her rights. After two and a half hours, Manuela Picq’s petition was rejected by Judge Paola Ayala. As a result, the human rights defender felt she had no choice but to the country to avoid possible legal difficulties. Manuela Picq is currently in Rio de Janeiro, Brazil, and is preparing to apply for a two-year MERCOSUR working permit in order to return to Ecuador, where she had been legally residing for approximately 8 years and was due to begin a new academic semester as a professor at Universidad de San Francisco Quito.

On 17 August 2015 a deportation hearing was held following the cancellation of human rights defender Ms Manuela Picq's visa subsequent to her arrest on 13 August 2015.

After approximately two hours of deliberation, Judge Gloria Pinza stated that there were no grounds for Manuela's arrest and ruled that she should not be deported.

The human rights defender was violently and arbitrarily arrested on 13 August 2015 during the Marcha de la Confederación de Nacionalidades Indígenas del Ecuador - CONAIE (March of the Confederation of Indigenous Nationalities of Ecuador) while attempting to film the violent arrest of other activists. Manuela Picq was released later the same day, although with visible signs that she had been beaten in detention. On 14 August 2015 the human rights defender received a document signed by Judge Juan Carlos Estrella Sampedro informing her that her 12VII type visa (cultural exchange) had been cancelled and she was taken to Hotel Carrión, a detention centre for illegal immigrants, to await her hearing.

The deportation hearing was held at the Judicial Unit of Penal Guarantees, Minor Infractions and Youth Offenders (Unidad judicial de garantías penales, contravenciones y menores infractores) on 17 August 2015 and lasted approximately two hours, from 4pm to 6pm. Following the decision, Manuela Picq was greeted by hundreds of people who had gathered outside in support.

On 13 August 2015, the human rights defenders were arbitrarily detained with force during the Marcha de la Confederación de Nacionalidades Indígenas del Ecuador - Conaie (March of the Confederation of Indigenous Nationalities of Ecuador). This peaceful march, which began in Zamora Chinchipe province on 2 August and made its way to Quito, was organised by indigenous groups to call for agrarian reform based on food sovereignty and better access to health services, and against large scale mining projects and the signing of a free trade agreement with the European Union. The march was also against proposed constitutional amendments that would allow President Rafael Correa to run for re-election indefinitely, having being in power since 2007. Several other people were also arrested during the event.

Throughout the month of August thousands of people in Ecuador have gathered in different parts of the country to protest against President Correa's proposed amendments to the constitution. On 13 August 2015, at approximately 7pm, when demonstrations were being held in Quito, the human rights defender Carlos Pérez was arrested, along Salvador Quishpe. Manuela Picq was attempting to film the violent arrests on her camera when she too was detained and beaten by police. It is believed that the human rights defenders, who were peacefully protesting, were targeted as a result of their roles as leaders and organisers in the event.

All three were released later the same day, although each with visible signs of beatings. Manuela Picq has not had her camera returned to her by the police. All three human rights defenders were taken to the Interior Ministry before being taken to different hospitals for treatment for their injuries sustained during the arrest. Manuela Picq was briefly hospitalised at Eugenio Espejo Hospital and on 14 August 2015, at approximately 1 am she was transferred to a private clinic. Later that day she was taken to the Immigration Unit (Coordinación Zonal 9 de la Unidad de Migración) where she received a document signed by Judge Juan Carlos Estrella Sampedro informing her that her visa had been cancelled. Manuela Picq is now facing deportation to Brazil as she entered Ecuador on her Brazilian passport. She holds dual French and Brazilian citizenship.

Manuela Picq has been living legally in Ecuador for approximately 8 years and has never had any previous problems with the immigration services. She had a 12VII visa type, a cultural exchange visa, which is compatible with her academic and research activities around indigenous and gender issues. Her visa was due to expire on 28 August 2015 and this type of visa can be renewed annually. Manuela Picq's deportation hearing is expected to take place at 4 pm on 17 August 2015. In advance of the hearing she has been held at a detention centre for illegal immigrants called Hotel Carrión. The human rights defender has reported that conditions are similar to a prison, with scheduled outdoor time, eating times and restricted visitation hours.