Today 13 October 2022 marks two years from the detention of former human rights defender and lawyer Tony Germain Nkina. On 13 October 2020, he was arrested without a warrant in Kabarore where he was visiting a client for his professional work as a lawyer.

Tony Nkina is a well known human rights lawyer in Kayanza province who provides legal assistance to detained persons and victims of human rights abuses. He is the former representative of the Association for the Protection of Human Rights and Detained Persons (Association pour la protection des droits humains et des personnes détenues, APRODH), a leading human rights group in Burundi until 2015. APRODH worked to protect human rights in general and the rights of detained persons in particular and provided legal and psychological assistance to detained persons and victims of abuse as well as worked to raise public awareness on the prevention of all forms of abuse of humans and persons in pre-trial detention. In 2015 the government suspended the organization as part of a crackdown on independent civil society.

In June 2021, a court in Kayanza found Tony Nkina guilty of collaboration with armed groups – a common accusation against perceived opponents and critics in Burundi – and sentenced him to five years in prison. The human rights defender’s lawyer immediately filed an appeal the Court of Appeal of Ngozi on 16 July 2021. His lawyer reports that Tony Germain Nkina was questioned regarding APRODH. The human rights defender and lawyer was found guilty of complicity with armed groups and sentenced to five years’ imprisonment and a fine of one million Burundian francs.

In late November 2021, Tony Germain Nkina appealed his case to the Supreme Court as judicial last resort. On 20 July 2022, the prosecutor general’s office responded to his appeal by repeating the same allegations against the human rights defender, namely that he was working for his former boss at the human rights organisation APRODH, Pierre Claver Mbonimpa, who collaborated with the opposition group RED-Tabara, and that he had gone to Rwanda in 2019 to prepare attacks attributed to this group in 2020. On 7 October 2022, the human rights defenders’ case was heard by the Supreme Court in Bujumbura and the final decision is yet to be made within 60 days after the hearing.

Front Line Defenders is deeply concerned about the two-year detention, the conviction and judicial harassment of the human rights defender Tony Germain Nkina. It believes that he is being targeted solely as a result of his past peaceful and legitimate work in defence of human rights. Front Line Defenders call on the Burundian authorities to quash the sentence upheld by the appeal court of Ngozi and unconditionally release Tony Germain Nkina. It also encourages the Burundian authorities to guarantee in all circumstances that all human rights defenders in Burundi are able to carry out their legitimate human rights activities without fear of reprisals and free of all restrictions. 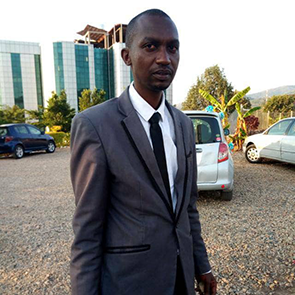