Lawyers Collective is a human rights organisation based in New Delhi with its registered office in Mumbai and was founded by noted Indian human rights defenders and lawyers Ms Indira Jaising and Mr Anand Grover. Ms Jaising and Mr Grover are senior advocates with an exceptional profile of public service, probity and personal and professional integrity as lawyers and as human rights defenders. Ms Jaising was an Additional Solicitor General of India between 2009 and 2014, and was also a member of the UN Committee on Elimination of Discrimination against Women (CEDAW) between 2009 and 2012. Mr Grover held the mandate of UN Special Rapporteur on the Right to Health between 2008 and 2014. Ms Jaising and Mr Grover, through Lawyers Collective, have advocated for advancing the rights of the most vulnerable and marginalised sections of Indian society, thereby upholding constitutional values as enshrined in the Indian Constitution.

Lawyers Collective’s registration under the Foreign Contribution Regulation Act, 2010 (FCRA) was first suspended on May 31, 2016, and its bank accounts frozen. The FCRA license was not renewed on October 28, 2016, and was cancelled on November 27, 2016. Lawyers Collective petitioned the High Court of Bombay to challenge the FCRA cancellation and non-renewal in January 2017 and March 2017, respectively. In January 2017, its domestic accounts were unfrozen. Lawyers Collective’s challenge to the FCRA cancellation and non-renewal are currently pending before the High Court.

Filing of criminal charges while the matter is under consideration by the High Court is a blatant misuse of its agencies by the Indian Government to target critical human rights work undertaken by Lawyers Collective and its representatives, often involving sensitive cases against Indian ministers and senior officials of the ruling political party.

On May 15, 2019, the MHA wrote to CBI for ‘further investigation as per law’ into the matter relating to Lawyers Collective. On June 13, 2019, the CBI solely relying on the impugned MHA report registered a First Information Report under the Indian Penal Code (IPC) relating to charges of criminal conspiracy, criminal breach of trust, cheating, false statement made in declaration and various sections under the FCRA and Prevention of Corruption (PC) Act 1988. Given that there has been no change in circumstances since 2016 and also no material or evidential basis to support the provisions invoked under the IPC and PC Act, the filing of criminal charges is a blatant act of reprisal against Lawyers Collective and its representatives.

Such actions by the Indian Government are contrary to its pledge at the UN Human Rights Council and its obligations and commitments under several international human rights treaties and declarations. The FCRA has been time and again criticised by human rights defenders and NGOs within and outside India for its regressive and unfair interference in the functioning of organisations. Indian human rights defenders have condemned the use of FCRA and the accusations of “foreign funding” to quash dissent and smear individuals and groups.

In his analysis of the FCRA in 2016, former UN Special Rapporteur on the Rights to Freedom of Assembly and Association Maina Kiai concluded that certain provisions of FCRA were not in conformity with international human rights law and noted that “access to resources, including foreign funding, is a fundamental part of the right to freedom of association under international law, standards, and principles, and more particularly part of forming an association”. In June 2016 Kiai joined the UN Special Rapporteurs on Freedom of Expression and on the Situation of Human Rights Defenders calling on the Government of India to repeal the regressive FCRA, which was being used to “silence organisations involved in advocating civil, political, economic, social, environmental or cultural priorities, which may differ from those backed by the Government.[1]”

We strongly call upon the Indian Government to cease misusing the country’s laws, including the FCRA, against human rights defenders. In the specific case of Lawyers Collective, we urge the criminal charges be immediately withdrawn pending the decision of the High Court of Bombay. We appeal to the National Human Rights Commission of India to take cognizance of this matter and take immediate actions under the Protection of Human Rights Act 1993 (PHRA) and to undertake a legal review of the FCRA under Section 12 (d) of the PHRA.

We further call upon the Indian Government to put an end to all acts of harassment, including at the judicial level, against Lawyers Collective and Mr Anand Grover, as well as against all human rights defenders in India and ensure that they are able to carry out their activities without hindrance. 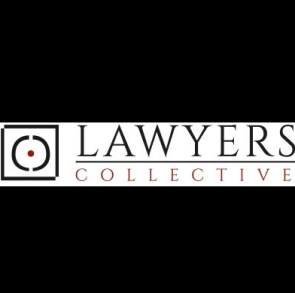