IACHR Condemns Killings and Threats Directed against HRDs in Colombia

According to the information the IACHR received, Jhon Jairo Ramírez Olaya, an Afro-descendent leader in Buenaventura who worked in the prevention of forced recruitment of teenagers by paramilitaries, among other activities, was killed on November 9, 2015.

Likewise, information was received about the killings on November 13, 2015, of Daniel Abril, an environmentalist leader who worked on the environmental impact caused by extractive industries in the department of Casanare, and of Luis Francisco Hernández González, leader of land restitution processes and representative of the Afro-descendent community at Córdoba department.

In addition, available information indicates that on January 16, 2016, human rights defender Nelly Amaya was killed. She was a member of the Campesina Association in Catatumbo - Ascamcat and of the North Chapter of the National Movement of Victims of State Crimes (Movimiento de Víctimas de Crímenes de Estado – MOVICE), and president of the Board of Communal Action (Junta de Acción Comunal) in Guamalito District, city of San Calixto.

Finally, information was received regarding the killing, on January 26, 2015, of Johan Alexis Vargas, leader of the National Coordination of Afro-descendants Organizations and Communities (Coordinación Nacional de Organizaciones y Comunidades Afrodescendientes) and spokesman of the Patriotic March (Marcha Patriótica) in the department of Nariño. Johan Alexis Vargas had previously informed the authorities about death threats he had been receiving.

“We are profoundly concerned about this situation,” said the Rapporteurship on Human Rights Defenders, Commissioner José de Jesús Orozco.

The Inter-American Commission reiterates that the State is obligated to investigate on its own initiative events of this nature and to punish material perpetrators and intellectual authors. The IACHR welcomes the ongoing investigations, and calls upon the State of Colombia to continue them. This should include the development of lines of investigation under the hypothesis that these killings may have been committed in connection with their work defending human rights. Additionally, said investigations should be exhaustive, serious, impartial, and undertaken with due diligence.  Likewise, the IACHR urges the State to take all the necessary steps to guarantee the right of life, integrity, and safety of these human rights defenders.

The acts of violence and other attacks against human rights defenders not only affect the guarantees of every human being but undermine the fundamental role they play in society. These acts also affect the people they work for, contributing to the vulnerability and defenselessness of all those whose rights they champion. The work of human rights defenders is critical to build a democratic society and for the consolidation of the rule of law.

A principal, autonomous body of the Organization of American States (OAS), the IACHR derives its mandate from the OAS Charter and the American Convention on Human Rights. The Inter-American Commission has a mandate to promote respect for human rights in the region and acts as a consultative body to the OAS in this area. The Commission is composed of seven independent members who are elected in an individual capacity by the OAS General Assembly and who do not represent their countries of origin or residence. 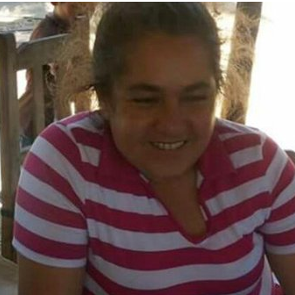 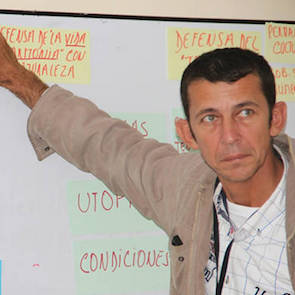