(Bangkok, 23 September 2021) ‒ The Indonesian government should put an end to the judicial harassment against human rights defenders Fatia Maulidiyanti and Haris Azhar, and uphold the right to freedom of expression, a group of human rights organisations said.

‘The Government of Indonesia must uphold its international human rights obligations under the International Covenant on Civil and Political Rights (ICCPR) as well as its own national constitution which protects the right to freedom of expression,’ said the groups.

The groups urged the Indonesian government to ensure that all persons can express their opinions without fear of reprisals, and to ensure its actions are compliant with Indonesia’s Constitutional protections for human rights and the ICCPR, of which Indonesia is a State Party. The National Human Rights Institution, Komnas HAM, must also work towards ensuring the protection of defenders facing judicial harassment, the groups said.

The report was filed after subpoenas were earlier sent to the two human rights defenders 1, following a talk show on Haris Azhar’s YouTube channel, titled ‘Ada Lord Luhut di balik Relasi Ekonomi-Ops Militer Intan Jaya!! Jenderal BIN Juga Ada!!’, (There is Lord Luhut behind the relation of Economy-Military Operation Intan Jaya!! General of State Intelligence Agency is also there!!) in which Haris Azhar and Fatia Maulidiyanti discussed the findings of a multi-stakeholder report revealing the alleged involvement of active and retired Indonesian army officials in the business operations of the gold mining sector.2

In the report, Luhut Binsar Pandjaitan was identified as being affiliated with mining company PT Madinah Qurrata'ain, which holds the Derewo River Gold Project permit in Papua Province's Intan Jaya Regency, located along the Derewo fault zone, northwest of Grasberg and Wabu.

Through shareholding, Luhut Binsar Pandjaitan is affiliated with PT Toba Sejahtera, whose subsidiary PT Tobacom Del Mandiri or PT Tambang Raya Sejahtra is said to have acquired a 30 per cent stake in PT Madinah Qurrata'ain.3

The report also recorded the escalation of violent and armed conflict triggered by military operations, one of which occurred in the Intan Jaya Regency. The conflict resulted in the loss of civilian lives and the displacement of thousands of people, including children and women.

‘The legal actions by the Coordinating Minister constitute judicial harassment and abuse of power. It criminalises the rights of these two human rights defenders to express their opinions on public affairs and creates a chilling environment for individuals who criticise the government,’ the groups said.

‘We call on the Indonesian government to amend all repressive laws and legal provisions that hinder the protection of freedom of expression, and ensure the laws align with international human rights standards. The criminalisation of defamation is an inherently disproportionate and unnecessary restriction to the right to freedom of opinion and expression, under international human rights law.4 Indonesia must immediately drop the charges against Fatia and Haris and take steps towards preventing the misuse of litigation against human rights defenders and civil society that erode the exercise of their rights,’ they concluded.

FIDH, within the framework of the Observatory for the Protection of Human Rights Defenders

OMCT (World Organisation Against Torture), within the framework of the Observatory for the Protection of Human Rights Defenders 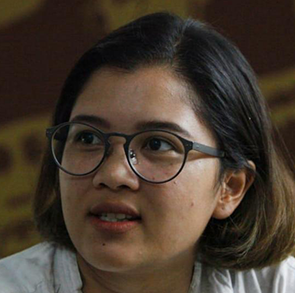 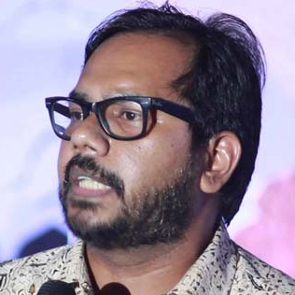