Democracy & Human Rights at the Crossroads in Guatemala

On 4 September 2018, Guatemalan President Jimmy Morales took the extraordinary and extralegal step of denying Iván Velásquez re-entry to the country. Mr Velásquez is the Commissioner of the United Nations-backed International Commission against Impunity in Guatemala (CICIG), set up in late 2006 to investigate corruption and impunity in the country. This followed the announcement by President Morales on 31 August that he would not renew the mandate of the Commission, despite specific campaign pledges in support of the Commission and its work.

On 16 September, the country’s Constitutional Court voted to overturn the ban on Mr. Velásquez, to which President Morales promptly responded that he would not comply, effectively throwing the country into constitutional crisis. Guatemalan human rights defenders (HRDs) and civil society have maintained public pressure, launching a week of protests on 10 September. On 12 September, the third day of protests, more than 2000 police backed up by units from the armed forces prevented protesters from marching to Congress. Following the decision of the Constitutional Court, activists continued their protests in support of the rule of law despite the government’s widening crackdown on civil society1.

“Guatemala is facing an acute political crisis, a product of decisions taken by President Jimmy Morales, that undermine efforts to tackle corruption and impunity in the country,” according to Andrew Anderson, Executive Director of Front Line Defenders. “Front Line Defenders is concerned about the critical situation and that the response to the social unrest has been the deployment of public force and intimidation of activists and journalists. It is clear there is a de facto watchlist of prominent activists and journalists, which threatens their safety and security and makes difficult the necessary monitoring and public information work they are doing.”

When President Morales announced that he would not allow the UN-backed Commissioner to re-enter the country, he surrounded himself at a press conference with high-ranking military and police officers. To the Guatemalan public, it was a clear attempt to raise memories of the 1982 coup d’etat which brought indicted genocidaire General Rios Montt to power and warned of brute force against potential opposition.

A Guatemalan human rights monitor, Unit for the Protection of Human Rights Defenders in Guatemala (UDEFEGUA), has detailed harassment and intimidation of many HRDs since the government announced it would not renew the Commission’s mandate. UDEFEGUA itself is under surveillance, reporting that since 31 August military vehicles have been parked continually outside the organisation’s office. Plainclothes policemen in unmarked cars have gone to the offices and houses of prominent HRDs asking for them by name. HRDs and journalists have been monitored traveling to meetings and photographed taking part in public protests.

Edison Lanza, Special Rapporteur on Freedom of Expression of the Inter-American Commission on Human Rights, has condemned the surveillance and harassment of journalists by a member of the National Police of Guatemala during the press conference given by the Constitutional Court on 17 September.2 A week before, Guatemalan journalists reported possible upcoming attacks and threats against journalists and activists. Some of the rumours include references to the existence of a list of members of media outlets the government is planning to prosecute for sedition for their critical positions. The rumours struck alarm with the journalists and HRDs, as President Morales is known for regularly making public declarations discrediting the media.

Guatemala has seen an alarming rise in killings of HRDs in 2018, with 20 cases documented to date. The move against CICIG and Commissioner Velásquez is not the only attempt by the government to block efforts to address endemic impunity and manipulate the law. A series of proposed laws has been introduced in the Guatemalan Congress which, if approved, would restrict freedom of expression and association and the right to due process. These initiatives include bills that accord general amnesty to human rights violators accused of crimes during the internal armed conflict; introduce onerous NGO registration requirements; and anti-terrorism legislation, including a definition of cyber-terrorism that criminalises criticism of the government.3 These legislative proposals would severely restrict human rights activity in Guatemala.

“Even as HRDs in Guatemala come under surveillance, threat and intimidation, they are stepping up their efforts to preserve democracy in the country, challenging powerful elites and the military. The work of the Constitutional Court, the Human Rights Ombudsman and CICIG have been described as the last line of defence for democracy and human rights in Guatemala. The resolution of this crisis will not just determine whether or not Mr. Velásquez remains on the job, but the future of human rights in Guatemala,” warned Mr. Anderson.

Front Line Defenders calls on the Government of Guatemala to respect its national and international commitments and human rights standards, including the guarantee to the right to protest and to refrain from using the force against public protests.

Front Line Defenders also urges the authorities in Guatemala to guarantee that in all circumstances all human rights defenders and journalists in Guatemala are able to carry out their activities without fear of reprisals and free of all restrictions.

2The woman was identified as a police officer after she started to film and photograph journalists and left the building telling police officers not to follow her as she was a member of the police.

3Bill 5257 seeks to reform the NGO-D Law; if enacted, NGOs would be obliged to register with the National Registry of Persons and would be required to secure "licenses" from each of the government institutions with which they could be related due to the nature of their activities. The Law Against Terrorist Acts (5239) includes stipulations that would make it possible to prosecute obstruction of traffic, commonly used in legit protests, as a terrorist act. The bill also defines cyberterrorism as the use of social media to criticise the government or to demand government action. 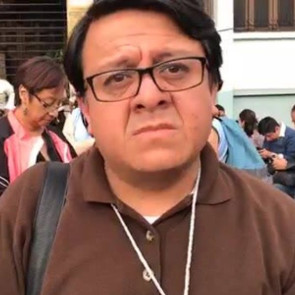 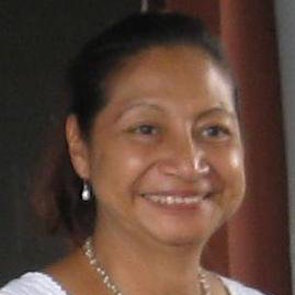