Front Line Defenders is deeply concerned about the upcoming second instance hearing scheduled for 8 June 2022 in the case of Afro-descendant leaders and human rights and environmental defenders Nestor Caicedo, Andrés Arce, Luis Quintero and Samir Mina, of the Barranquilla San Javier Commune in Ecuador. The human rights and environmental defenders were convicted and charged in the first instance on 8 September 2021 for exercising their right to protest and to collective defence of territory and the environment. It is of particular concern that the outcome of this hearing will set a precedent that undermines the exercise of the right to peacefully defend human rights and the environment in Ecuador.

The Afro-Ecuadorian Commune of Barranquilla de San Javier is located in the canton of San Lorenzo in the coastal province of Esmeraldas. The region is made up of the tropical rainforests of the Chocó and is considered one of the most bio-diverse areas on the planet, which is why it has been and continues to be of great economic interest nationally and internationally1. Unfortunately, the needs of the majority Afro-descendant population that has historically inhabited and defended the territory continue to be ignored.

Barranquilla de San Javier was established as a commune in 1997 and its inhabitants organized themselves until in 2000 they obtained a collective property title over 1,500 hectares of communal territory. However, since 2005, logging and palm oil companies have begun a process of appropriation of community lands in order to extract tropical timber and subsequently use the land for palm oil plantations. One of them, the company Energy & Palma, which is part of the La Fabril group, has gradually acquired part of what is legally recognized as the collective property of Barranquilla Commune. Members of the Barranquilla Commune have seen their traditional forest-related sources of livelihood affected. Moreover members of the community maintain that the rivers are being polluted by effluents from both the palm oil plantation and the factory, causing permanent impacts on the health of the people and the local fauna.

In November 2019, after frustrated attempts at dialogue with the Energy & Palma company, the community began a three-month peaceful occupation of one of the roads in the zone, an act of peaceful protest that was violently broken-up in February 2020 by at least 120 police and helicopters that stormed the camp. The commune denounced the excessive use of force and the damage to the property of several members of the commune 2.

The company Energy & Palma initiated legal action against seven community leaders and human rights defenders, accusing them of them of damages allegedly caused by the peaceful occupation, demanding the payment of $351,000 dollars. During the first instance trial in September 2021, the judge ordered Nestor Caicedo, Andrés Arce, Luis Quintero and Samir Mina to pay $150,000 to the company. More than two years after the start of the legal proceedings, the appeal hearing in the second instance for the four criminalised Barranquilla leaders will take place on 8 June 2022.

The hearing will take place in a complex context in Ecuador. On the one hand, there are important institutional advances towards the recognition of the legitimacy of the struggle for human rights in the country, since the National Assembly granted an amnesty for 268 social activists and human rights defenders criminalised in the country in March 20223. On the other hand, criminalisation processes against human rights defenders are multiplying around the country as this is one of the main strategies used to curb community resistance to the advancement of extractive projects that impact their lands, territories and ways of life4.

The justice system must guarantee that communities have their collective territorial rights secured. Furthermore, the justice system must respond to cases in which communities denounce that there was no compliance with existing socio environmental legislation that must be fulfilled by companies when installing a project with socio-environmental impacts. The justice system should not be used as a tool to harass and intimidate human rights defenders. It is worth noting that in May 2020, Ecuador ratified the Escazú Agreement, thus committing to the right to access to information, public participation and access to justice in environmental matters.

Front Line Defenders condemns the use of public force and judicial harassment against human rights defenders and calls on the authorities to promptly and effectively investigate the serious environmental and human rights harm being caused in relation to Energy & Palma's operations.

Front Line Defenders calls on the Ecuadorian authorities to refrain from repressive and harassing actions against human rights defenders and condemns the disproportionate impact that a judicial process may have on community leaders in Barranquilla and their families, as well as the intimidating effect that the decision will have on human rights defenders in Ecuador.

Finally, Front Line Defenders calls on other civil society actors, Ecuadorian authorities and the international community to join the search for justice for human rights defenders of the Barranquilla Commune and for the guarantee of their territory, by joining the dissemination and visibility of the case and accompanying the hearing. 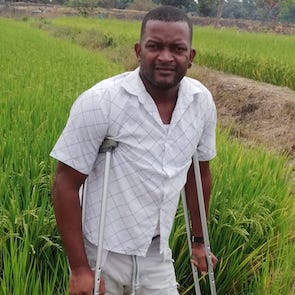 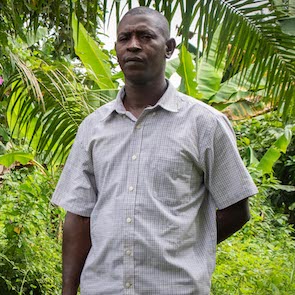 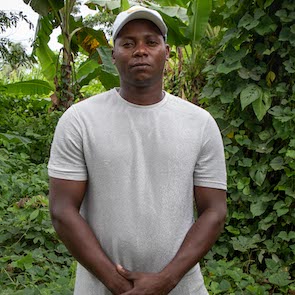 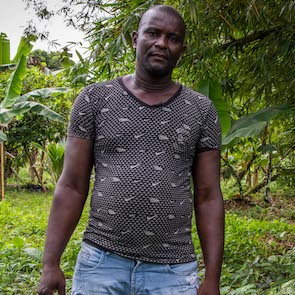