We, the undersigned organisations, are writing with regards to the situation of Mr Yidiresi Aishan (also known as Idris Hasan), an Uighur Muslim Chinese national and human rights defender, who is currently subject to extradition proceedings in your country.

Mr Aishan was arrested at Casablanca airport on July 19, 2021, on the basis of a red notice issued at Beijing’s request in 2017. It is worth recalling that the red notice was eventually cancelled by Interpol due to non-compliance with its Constitution and in particular Article 3, which strictly prohibits the Organization from any activity or intervention in matters or affairs of a political, military, religious or racial character.

On July 20, the King’s Prosecutor at the Casablanca Criminal Court of First Instance ordered his extradition pending a decision by the Rabat Court of Cassation. On December 15, the Court issued a favourable opinion on the extradition request in its ruling No. 1799.

During the hearings, the judges clearly disregarded the arguments made by the defence regarding the existence of “foreseeable, real and personal” risks of torture in the requesting State, both for his belonging to an ethnic and religious minority and for the accusation of affiliation to a terrorist organisation.

As part of the administrative phase of the procedure, you are now responsible for issuing an extradition order.

We would like to draw your attention to the serious consequences of such a decision. Indeed, the signature of this decree would expose Mr Aishan to serious and irreversible damage. Should he be handed over to the Chinese authorities, he faces the serious risk of being subjected to torture, enforced disappearance and being sentenced to a heavy penalty following an unfair trial.

We wish to inform you that the UN Committee against Torture has transmitted to your government a request for interim measures dated December 20, 2021 to prevent irreparable harm to Mr Aishan. Failure to comply with the Committee’s request would seriously undermine the effectiveness of the Committee’s deliberations and cast serious doubts on the Moroccan State’s willingness to implement article 22 of the Convention in good faith.

Your government was also duly informed of the risks faced by Mr Aishan in an urgent appeal transmitted to you on August 11, in which several Special Procedures mandate holders recalled the absolute and non-derogable prohibition on returning persons to a place where they would be in danger of being subjected to torture or other ill-treatment, in accordance with Article 3 of the UN Convention against Torture to which Morocco is a party.

Furthermore, on December 16, 2021, four Special Procedures mandate holders urged the Moroccan government not to implement the Court of Cassation’s decision in favor of the extradition of Mr. Aishan to China, specifically citing the risk of “serious human rights violations, including arbitrary detention, enforced disappearance, or torture and other cruel, inhuman or degrading treatment or punishment”.

In light of the foregoing, we urgently request your government to cancel the extradition proceedings against Mr Yidiresi Aishan in order to abide by the principle of non-refoulement. 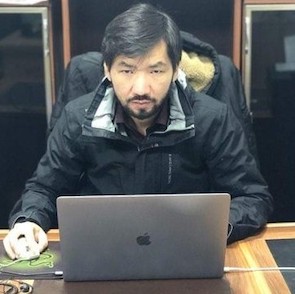