Front Line Defenders expresses deep concern in response to the latest acts of violence in the Chatino indigenous community of Paso de la Reyna, in the municipality of Santiago Jamiltepec, Oaxaca. In the first three months of 2021, five indigenous Chatino community members have been killed, including two land and environmental defenders, Fidel Heras Cruz and Jaime Jiménez Ruiz.

On 28 March 2021, indigenous Chatino land defender and leader of the defence movement of the Río Verde river, Jaime Jiménez Ruiz, was killed with a firearm by unknown individuals on the road from Santiago Jamiltepec to Paso de la Reyna.

On 23 January 2021, the body of indigenous Chatino land rights defender and President of the Ejidal Commissariat, Fidel Heras Cruz was found in the La Esperanza community. Fidel Heras Cruz had long worked with the United Council for the Defense of the Verde River (Consejo de Pueblos Unidos por la Defensa del Río Verde-COPUDEVER), founded in 2007 by several indigenous, mestizo and Afro-Mexican communities to peacefully defend the Río Verde against interests in its resources for mega-projects, such as the “Paso de la Reina” mega-project from the Federal Commission of Electricity (CFE). The land rights defender had previously received threats from the groups with chieftaincy power in the territory, which may be linked to his work opposing the mega-projects and the exploitation of the natural resources by the political and economic powers in the area

The Paso de la Reyna community has denounced the impunity that has followed the killing of Fidel Heras Cruz, as no investigation has been opened into his assassination. This climate of impunity has allowed further acts of violence to occur in the community where only 500 people live, affecting the community’s social dynamics and threatening its security.

The community has cited the authoritarianism of the chieftaincy system and the interests of the chieftaincy members in exploiting natural resources, of the Río Verde specifically, as well as the failure of authorities to conduct investigations, as the main reasons for the increase in violence in recent months. Community members report that neither the state or federal authorities have demonstrated any willingness to address the situation, or interest in protecting the rights and security of the residents of Paso de la Reyna. According to the community, the authorities have not visited the territory before Wednesday, 30 March, in light of this increase in violence, despite the great risk of further attacks.

Front Line Defenders condemns the killings of environmental defenders Fidel Heras Cruz and Jaime Jiménez Ruiz, and calls on federal and state authorities to clarify the circumstances in which the defenders were killed, expeditiously bringing those responsible to justice and ensuring that human right defenders can work in a safe and enabling environment. Furthermore, the organisation urges the authorities in Mexico to take the necessary measures to guarantee the safety of defenders and members of the Paso de la Reyna community.

Front Line Defenders highlights the legitimate and peaceful work that residents of the Paso de la Reyna community have carried out against the imposition of mega-projects on indigenous and Afro-Mexican communities on the coast of Oaxaca. Front Line Defenders reiterates its concerns in relation to the enduring cycle of impunity and lack of adequate security measures for human rights defenders in the state of Oaxaca. 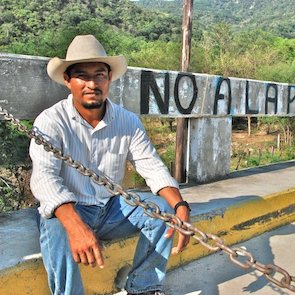