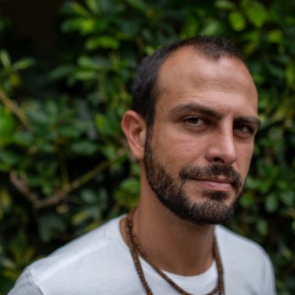 Saving The Amazon with Marcelo Cwerner

Marcelo Aron Cwerner is an economist and human rights defender living in Alter do Chão, in the Brazilian Amazon region, where he has worked on environmental protection for the past five years. In 2019, he helped establish the Instituto Aquífero Alter do Chão – IAA (Alter do Chão Aquiferous Institute), which supports environmental preservation initiatives, including a Fire Brigade and ‘Permalter’, a collective which supports environmentally safe collection and disposal of organic waste. Marcelo Aron Cwerner began his human rights work by taking part in the ecotourism projects Maloca Viva and Marupiara Expedições.

The Alter do Chão Fire Brigade was created by 6 residents of the city who participated in a fire brigade training by the Pará state Civil Defence Service, the Belterra Municipal Secretary for Tourism and the Environment and the Military Fireman of the Santarém municipality. The 6 fire brigadiers began to work in Alter do Chão in combating fires, and also on fire prevention and communication activities with local communities. They also promoted trainings for new brigadiers. In September 2019, a grave fire took place in the region, and the activities of the Alter do Chão Fire Brigade in support to government initiatives were crucial to contain it.

In November 2019, Daniel Gutierrez Govino and Marcelo Aron Cwerner were arbitrarily arrested, alongside two other brigadiers, under accusations of having caused the fire. The investigations were marked by irregularities and failed to present any evidence. The human rights defenders were released after two days, due to national and international advocacy by human rights organisations.