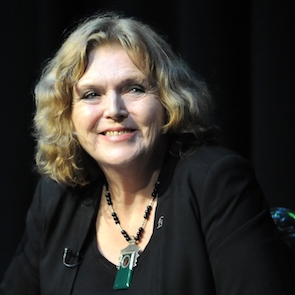 by Mary Lawlor, UN Special Rapporteur
on the situation of human rights defenders

We do not know exactly how many human rights defenders were killed last year, but we do know businesses were often involved in these murders of people working peacefully to defend the rights of others.

Since I began as the UN Special Rapporteur on Human Rights Defenders (HRDs) some months ago, I have been focusing on how to prevent HRDs being killed. I am hoping Irish businesses will help me.

The 2019 Global Witness report estimates that of 212 environmental and land defenders killed in 2019, 50 were killed for their opposition to damaging mining projects, 34 for protesting what they saw as unsustainable agribusiness, and 24 for protesting logging projects.

Most of the killings we know about happened in Latin America and the Philippines. Irish-based organisation Front Line Defenders documented the murder of 304 HRDs in 2019. Of these 121 people, 40 of whom were women, were killed in connection with their non-violent work on land rights, or indigenous or environmental rights.

HRDs are not anti-development, but their work means they can make lethal enemies when they protest against the forced land evictions of communities, often indigenous communities, often by megaprojects where the benefits mostly go to corrupt officials and unaccountable investors.

Human rights defenders are actually at the heart of progress, of how economies develop fairly. They are people taking risks to benefit their society: investigative journalists exposing bribes, healthcare workers saving lives in Covid-19 wards, local people – often women – distributing food and medicine in poor communities affected by the pandemic, or those who are documenting torture or enforced disappearances.

In this they have common cause with business interests, a mutual enemy in government corruption, and a shared goal of respect for the rule of law. HRDs hold societies together and do dangerous work to help others. And businesses can help protect them.

What’s any of this got to do with Ireland? Well, the connections are not theoretical, they’re sometimes close to home.

Cerrejón is a major coal-mining company in Colombia, and its sales division, the Coal Marketing Company, is based in Dublin. Christian Aid reports that between January 2011 and March 2018, the ESB imported two thirds of its coal for Moneypoint from Cerrejón.

A report from the Business and Human Rights Resource Centre this year found that from 2015 to 2019, many attacks on local HRDs were against defenders who raised concerns about Cerrejón. This is not to say that Cerrejón is responsible for these attacks, only that the HRDs have been attacked because they raised concerns about its business activities.

Cerrejón says it is addressing the problem and is implementing human rights due diligence processes. Yet critics of the industry are at risk, and the companies involved should work to prevent these attacks, in accordance with the UN Guiding Principles (UNGPs).

The Adidas group has recognised the importance of protecting HRDs, and publicly declared that it would raise the cases of targeted defenders with governments “in cases where there are credible reports of a human rights defender being threatened, intimidated or detained by the police or government officials”.

The company also said governments “should not inhibit the lawful actions of a human rights defender or restrict their freedom of expression,” and that the business would engage with defenders “especially where we identify areas of shared concern”. The Irish business community should see this as an area where it can lead, an opportunity to be seen to do the right thing and to enhance its collective brand.

Pilot research from the Centre for Social Innovation at Trinity Business School last year indicated Irish businesses were lagging behind in this respect. A second benchmark, covering the top 50 publicly listed businesses operating in Ireland, as well as the ten largest semi-state entities, will be published this November.

With renewed UN negotiations on a binding treaty taking place this November, and the European Commission’s intention to introduce mandatory regulation, leadership from business now has both moral and pragmatic imperatives.

This year Ireland was elected to the UN Security Council, and the country has a reputation for having an outsized influence on human rights. Eamon Gilmore, the former minister for foreign affairs, is EU representative on human rights. There are now three Irishwomen who are UN independent experts on specific areas of human rights. Alongside me are Fionnuala Ní Aoláin, the special rapporteur on the promotion and protection of human rights and fundamental freedoms while countering terrorism, and Siobhan Mullally, the new special rapporteur on trafficking in persons, especially women and children.

Irish businesses could strengthen this global reputation by publishing human rights policies which recognise the legitimacy of HRDs, and by publicly sharing the mandatory human rights and environmental due diligence measures they implement. Businesses could make clear how they will respond if a human rights defender is threatened in connection with their operations, no matter where they occur, and what steps they will take to help protect them.

How businesses can help protect HRDs is a major priority for my mandate, and I would like to explore more practical steps Irish businesses can take. Let’s have that discussion.