About Samar Badawi
Status:
Released
About the situation

On 20 February 2020, the second hearing of the case of woman human rights defender Samar Badawi was held at the Specialized Criminal Court. International observers were not allowed to attend the hearing. 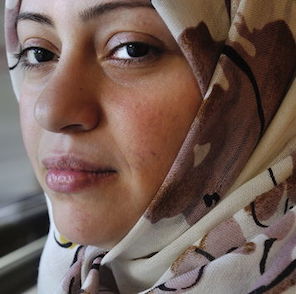 Samar Badawi is a human rights defender who has challenged the conservative stance of authorities in Saudi Arabia by advocating for the rights of women to vote and drive. After she was denied registration for the 2011 municipal elections, Samar Badawi filed a Grievances Board lawsuit against the Ministry of Municipal and Rural Affairs. She participated in the 2011–2012 women's driving campaign and has further assisted women drivers with police and court procedures. In 2012, she received the International Woman of Courage Award.

Samar Badawi advocated for women's rights in Saudi Arabia. Her activities focused on women’s right to drive, and on abolishing male guardianship’s system. The travel ban was removed after she and another Saudi woman human rights defender were arrested. During her arrest, Samar Badawi was interrogated and subjected to torture and sexual harassment.

On 20 February 2020, the second hearing of the case of woman human rights defender Samar Badawi was held at the Specialized Criminal Court. International observers were not allowed to attend the hearing.

Following her arrest on 30 July 2018, the woman human rights defender was subjected to a prolonged investigation, during which she was tortured and sexually harassed. The first hearing of her case was held on 27 June 2019. She is facing charges including sharing information related to Saudi women’s rights with foreign organisations and officials. If found guilty, she could face up to 20 years in prison. She is currently held at Dhahban Prison.

On 30 July, Saudi authorities arrested and detained Samar Badawi in Jeddah and transferred her to an unknown location. She has been repeatedly intimidated and harassed since 2014 due to her human rights activities and was placed under a travel ban on 16 September 2014 in reprisal for her participation at the 27th UN Human Rights Council. The human rights defender was briefly arrested in January 2016 and summoned for interrogation by the Bureau of Investigation in Jeddah in February 2017.

Front Line Defenders is seriously concerned about the detention of woman human rights defender Samar Badawi and is worried about her safety and physical well being.

1. Immediately and unconditionally release Samar Badawi and other human rights defenders who have been recently detained, as Front Line Defenders believes that they are being held solely as a result of their legitimate and peaceful human rights work;

2. Allow Samar Badawi immediate and unfettered access to her family and her lawyers and disclose her location;

3. Ensure that Samar Badawi’s treatment, while in detention, adheres to the conditions set out in the “Body of Principles for the Protection of All Persons under Any Form of Detention or Imprisonment”, adopted by UN General Assembly resolution 43/173 of 9 December 1988;

4. Take all necessary measures to guarantee the physical and psychological integrity and security of Samar Badawi;

5. Cease targeting all human rights defenders and bloggers in Saudi Arabia in all circumstances, so that they are able to carry out their legitimate human rights activities without fear of reprisals and free of all restrictions including judicial harassment.