About Su’ad Al-Ali
Status:
Killed
About the situation

On 25 September, woman human rights defender Su’ad Al-Ali was shot dead in the city of Basra in southern Iraq. This is the latest case in a series of attacks on civil society actors in Iraq. 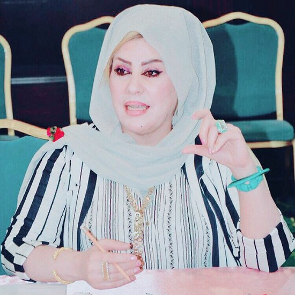 Su’ad Al-Ali was the president of Al-Wid Al-Alami for Human Rights, an Iraqi NGO that works on women’s and children’s rights. She was among the leaders of the ongoing social protests organised in the city of Basra since July 2018 opposing the violation of human rights caused by corruption, poor infrastructure, contaminated water and the rise of unemployment. She was a vocal advocate for social and economic rights of Iraqi people. The human rights defender condemned the violence used by Iraqi authorities and their supporters against protesters and activists.

On 25 September, woman human rights defender Su’ad Al-Ali was shot dead in the city of Basra in southern Iraq. This is the latest case in a series of attacks on civil society actors in Iraq.

On 25 September at 3:30 p.m., in the Al-Abbasiyah district in the city centre of Basra, an unidentified man shot Su’ad Al-Ali in the back of her head while she was getting into her car. Several protesters and human rights defenders have been killed in Basra since the eruption of the protests in July this year. One of the cases is human rights lawyer Jabbar Mohammed Al-Karm, who was killed on 23 July 2018 by unknown gunmen after volunteering to defend detained protesters.

Front Line Defenders strongly condemns the killing of Su’ad Al-Ali and expresses deep concern at the escalating violence against human rights defenders and protesters in Basra.

Front Line Defenders urges the authorities in Iraq to:

2. Carry out an immediate, thorough and impartial investigation into the assassination of Su’ad Al-Ali with a view to publishing the results and bringing those responsible to justice in accordance with international standards;

3. Take all necessary measures to guarantee the physical and psychological integrity and security of human rights defenders in the city of Basra.

4. Guarantee in all circumstances that all human rights defenders in Iraq are able to carry out their legitimate human rights activities without fear of reprisals and free of all restrictions.